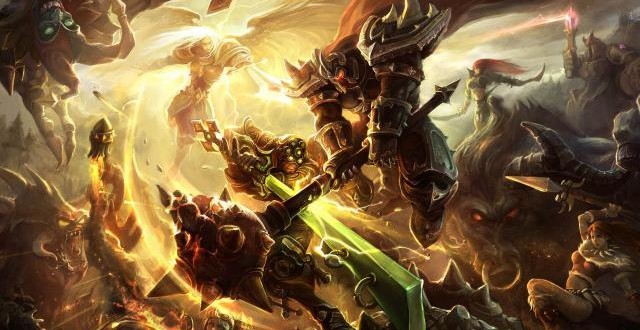 League of Legends developer Riot Games has revealed that the MOBA will be getting a brand new tutorial mode. Intro Bots is an additional co-operative mode that will allow players to learn the basics against bots. The goal of Intro Bots is not just to introduce first-time users to basic gameplay mechanics, such as how to fight and cast spells, but also to understanding overall goals and objectives. According to Riot Games, basic concepts will be shown to players before they are asked to demonstrate their knowledge by carrying out specific actions against the bots. They hope this will reinforce the most simple gameplay mechanics into gamers from the very beginning.

The developer is bringing Intro Bots into League of Legends because of how overwhelming the title can be for new players. They explain that often times when users bring their friends to play for the first time, they will become frustrated as it can be so difficult to understand all of the features through the current system. Intro Bots aims to change that by giving League of Legends players the opportunity to learn what they need to know in a fun way, rather than being a chose. They state on their blog that: “The mode includes a number of systems that aim to let new players learn in a more guided and forgiving setting, so they can grow wings before jumping out of the nest”.

League of Legends is one of the most popular games on PC. The free-to-play MOBA first launched in 2009 and has since grown to over 67 million active players. The gameplay is similar to that of other MOBA titles such as Dota 2, with players battling bots and other players in an attempt to kill their champion. Users can choose from a number of different classes that specialize in different styles, such as the Assassin or Tank.

Freelance writer with a love for gaming. Have owned pretty much every console and handheld from the last 15 years. When I'm not writing about games, which I am most of the time, I tend to be reading, writing about sport, binge watching shows on Netflix...or playing the odd video game.
@nathanpgibson
Previous Top 5 Free Android Apps – July 2014
Next Xbox One July system update now available