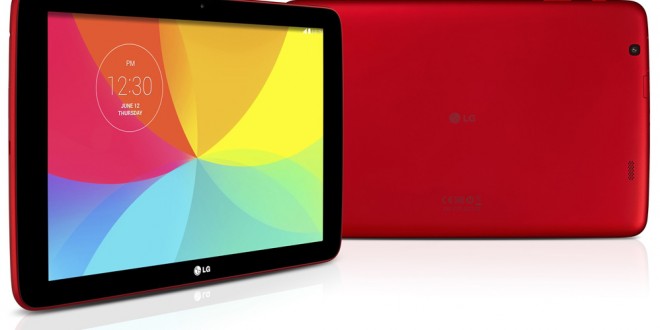 LG G Pad 10.1 to Arrive in the US – Specs and Release Date revealed

LG officially introduced three new G Pad tablets back in May, sized 7, 8 and 10.1 inches to cover all tablet-size categories. The G Pad 7.0 is already available in Europe market and now it seems that the LG G Pad 10.1 will have its debut on the U.S. market by end of the month with a global release to follow soon. The new G Pads, the 10.1 model included, are aimed at customers looking for mid-tier tablets that are not as powerful as the G3 and are priced accordingly. On the other hand, the LG G Pad 10.1 will integrate some of the software features found on the flagship.

The company’s press release mentioned that the “new LG G Pad series will come preloaded with the best of the G series’ premium user experience(UX), including a host of features carried over from the LG G3, such as Touch & Shoot, Gesture Shot, Smart Keyboard and Dual Window.” The G Pad 10.1 will also feature Knock Code and QPair 2.0 which enables you to sync the tablet to your smartphone via Bluetooth connection, letting you receive and interact with calls and texts directly on your tablet. The new LG G Pad 10.1 will be available in Black and Red color variants.

Hardware wise, the G Pad features a 10.1-inch IPS display at 1280x800px resolution and 149ppi, Qualcomm Snapdragon 400 chip coupled with a quad-core 1.2 Ghz ARM Cortex-A7 processor and 1GB of RAM. It makes use of the Adreno 305 as its GPU and ships with 16GB of internal storage space that can be expanded via its microSD slot. The LG G Pad 10.1 runs on Android 4.4.2 KitKat and it’s powered by an 8000 mAh battery. It also has a 5MP main and 1.3MP front-facing snapper.

All in all, the tablet’s specs are decent and the only factor that remains unknown is its price. With its U.S. release by the end of the month, the pricing should get revealed soon.

Tech enthusiast and RPG gamer, I've been surrounded by technology and PC hardware my entire life. I'm fascinated by anything mobile, and when I'm not tinkering with some newly released gadget, I love to immerse myself in the epic tales of Role Playing Games.
Previous Battleborn, a new IP by Borderlands creators Gearbox Software
Next Samsung’s Gear VR headset launching at IFA 2014