Breaking News
Home » NEWS » The Sims 4 will not feature pools or toddlers, Maxis explains why 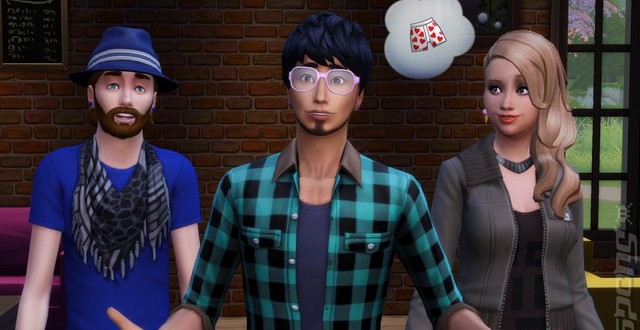 The Sims 4 will not feature pools or toddlers, Maxis explains why

A Sims game without pools and toddlers isn’t really a Sims game at all many people seem to believe. There were many discussions regarding this subject recently and Maxis finally took the time to clarify in a new blog post why The Sims 4 doesn’t include them. The main idea is that the upcoming title is meant to be a brand new experience so the team focused on entirely different things. This includes the AI system, animation system, audio position tools, locomotion logic, routing intelligence and other new features. This is great and all, but doesn’t explain why pools and toddlers had to be left out. Luckily, Maxis provided further explanations.

“So the bottom line is that when we sat down and looked at everything we wanted to do for this game, all the new tech we wanted to build into it, the fact was that there would be trade-offs, and these would disappoint some of our fans. Hard pill to swallow, believe me, but delivering on the vision set out for The Sims 4 required focus. Focus on revolutionizing the Sims themselves. So, rather than include toddlers, we chose to go deeper on the features that make Sims come alive: meaningful and often amusing emotions; more believable motion and interactions; more tools in Create A Sim, and more realistic (and sometimes weird!) Sim behavior. Instead of pools, we chose to develop key new features in Build Mode: direct manipulation, building a house room-by-room and being able to exchange your custom rooms easily, to make the immediate environment even more relatable and interactive for your Sim.”

On the other hand, The Sims 4 offers some other great features that will most likely be able to compensate for the lacking features from previous titles. I’m guessing once players see the new Create A Sim system they will forget all about pools and toddlers. This new feature is a powerful customization tool that seems to be the most important addition to The Sims 4. Fortunately, you will be able to test it out for yourself soon enough because Maxis says the Creat A Sim demo will be available later this summer. The company also mentions that invitations will be rolling out just for a few people at first, but everyone will be able to play the game soon after the initial test phase ends.

The Sims 4 will be released for PC on September 2nd. Stay tuned for more news and updates.

I’m Load The Game’s co-founder and community manager, and whenever I’m not answering questions on social media platforms, I spend my time digging up the latest news and rumors and writing them up. That’s not to say I’m all work and no fun, not at all. If my spare time allows it, I like to engage in some good old fashioned online carnage. If it’s an MMO with swords and lots of PvP, I’m most likely in it. Oh, and if you’re looking to pick a fight in Tekken or Mortal Kombat, I’ll be more than happy to assist! Connect with me by email markjudge (@) loadthegame.com only
@@MarkJudgeLTG
Previous Sony Xperia C3 announced as the first professional selfie smartphone
Next New PS4 Driveclub bundle for Europe announced by Sony 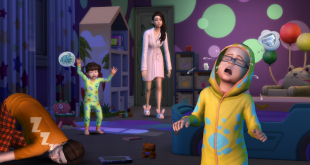