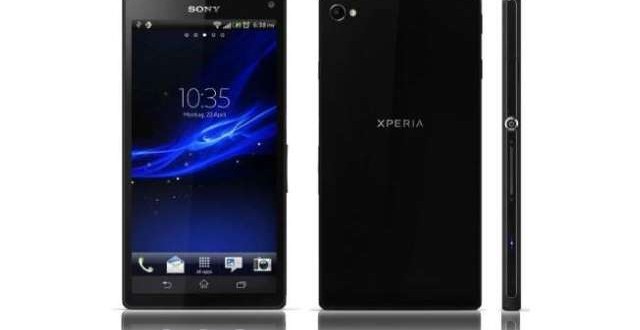 The selfie might very well be one of the most strangest trends I’ve witnessed in recent years. While I do often wonder what exactly is so interesting about it, there’s no denying that it has become one of the most popular phenomenons out there. Sony doesn’t deny this fact either, actually they seem to be the first manufacturer to wholeheartedly embrace it. The company just announced the Sony Xperia C3 and they’re marketing it as the first PROselfie smartphone. The device comes equipped with a 5MP  front-facing wide angle snapper featuring LED flash and real time selfie apps. Because taking your own picture with a regular camera just doesn’t cut it anymore these days.

Moreover, the camera includes a Superior Auto mode that adjusts lighting conditions accordingly and a SteadyShot mode, which means the selfie will look great even if you move a bit while taking it.  Among the very useful apps you can find things such as portrait retouch, AR effect, Timeshift burst, Sweep Panorama, Vine and Social live. Combine those with the 25 mm wide angle lens and not only will you be able to take the perfect selfie, but you will also have the possibility of greatly enhancing the end result. Just in case the camera alone doesn’t convince you to buy the Sony Xperia C3 let’s take a quick look under the hood and see what we find.

The specs aren’t exactly impressive as the device only sports a Qualcomm Snapdragon quad-core CPU running at 1.2 GHz and powered by an average 2500 mAh battery. Sony Xperia C3 also only features 1 GB RAM and 8 GB internal storage memory, which can be expanded up to 32 GB via microSD. One the other hand, the handset comes with a pretty huge 5.5-inch 1280 x 720 resolution display and offers dual-SIM support. Sony Xperia C3 runs on the Android 4.4.2 KitKat operating system and is available in white, black, and mint colors.

Sony Xperia C3 will launch in China next month and we assume the rest of the markets will follow shortly after. Pricing has not been announced yet, but Sony might end up charging quite a bit just because of PROselfie camera. Let’s not forget about the fact that with this phone your selfies will be vastly superior to those of your friends, which is considered very important in some circles. There are certainly better smartphones out there when it comes to specs so we’ll have to wait for the price to see if the Xperia C3 is really worth buying.

I’m Load The Game’s co-founder and community manager, and whenever I’m not answering questions on social media platforms, I spend my time digging up the latest news and rumors and writing them up. That’s not to say I’m all work and no fun, not at all. If my spare time allows it, I like to engage in some good old fashioned online carnage. If it’s an MMO with swords and lots of PvP, I’m most likely in it. Oh, and if you’re looking to pick a fight in Tekken or Mortal Kombat, I’ll be more than happy to assist! Connect with me by email markjudge (@) loadthegame.com only
@@MarkJudgeLTG
Previous Xbox 360 owners receive $75 promotional code when purchasing an Xbox One
Next The Sims 4 will not feature pools or toddlers, Maxis explains why