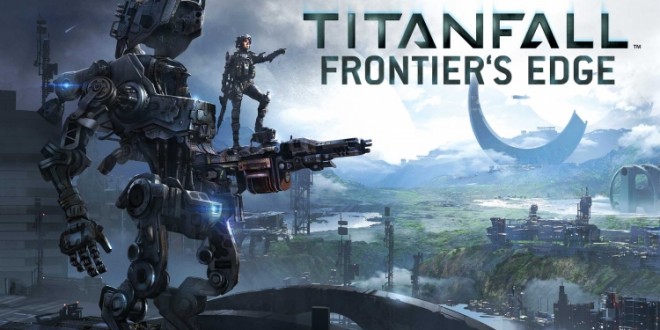 Respawn Entertainment just announced the second DLC for Titanfall. Entitled Frontier’s Edge, the downloadable content pack will be priced at $10, just like its predecessor Expedition. The pack introduces three brand new maps to Titanfall: the mining outpost Dig Site, the exclusive beach resort Haven, and a mountainside mining hub that goes by the name of Export. If you already own the Season Pass then access to the Frontier’s Edge maps will be granted to you as soon as the DLC is released. Unfortunately Respawn didn’t mention when we should expect the new content to arrive, nor did they give any additional details in regards to it.

The Season Pass can be purchased for 25 bucks and grants access to all three planed content packs: Expedition, Frontier’s Edge, and the still unnamed third DLC. Purchasing them all individually will end up costing you $30 so you save 5 bucks by getting the Season Pass. The pass only gives you access for one platform so if you get if for the Xbox One version of Titanfall it will not work on the PC or Xbox 360 versions for example. Respawn says that we should keep an eye on this page for any further info on Frontier’s Edge. Titanfall recently received its fourth update, check out some of the new additions below.

Titanfall is available for Xbox 360, Xbox One, and the PC. Stay tuned for more news and updates.

I’m Load The Game’s co-founder and community manager, and whenever I’m not answering questions on social media platforms, I spend my time digging up the latest news and rumors and writing them up. That’s not to say I’m all work and no fun, not at all. If my spare time allows it, I like to engage in some good old fashioned online carnage. If it’s an MMO with swords and lots of PvP, I’m most likely in it. Oh, and if you’re looking to pick a fight in Tekken or Mortal Kombat, I’ll be more than happy to assist! Connect with me by email markjudge (@) loadthegame.com only
@@MarkJudgeLTG
Previous YouTube adds over 12,000 live concert videos
Next Battleborn, a new IP by Borderlands creators Gearbox Software