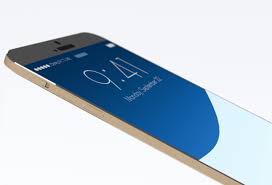 The iPhone 6 will feature a sapphire crystal display

Many of the past rumors about the iPhone 6 have recently been proven to be fake. One thing however is certain – Apple invested heavily into sapphire technology lately, and it seems the result of this investment will be a sapphire crystal display on the upcoming 4.7 inch version of the iPhone 6. It’s commonly believed that there will be two versions of the iPhone 6, mainly one with a 4.7 inch display (most likely coming in September) and one with a 5.5 inch display, coming later this year.

Recent information has pretty much confirmed the 4.7 inch version of the phone, along with showcasing the new front cover of the iPhone 6. We bid farewell to the now mainstream Gorilla Glass display and say hello to the more resilient sapphire crystal casing from Apple. This new front cover will make the phone a lot more resilient to scratches and breaking than previous models. Not only that, but the optical clarity provided by this new front piece should be considerably better than what we’ve seen in the past. Best of all, we can finally let go of the phone covers many of us use. This front piece will not, under any circumstance, be damaged by keys in your pocket or smacks to the corner of the table.

Many believed that the Sapphire Display would only be featured in the 5.5 inch version of the iPhone 6, which would target premium markets. This myth is laid to rest now, and we have firm confirmation that the 4.7 inch version will indeed be receiving the sapphire treatment. How much this new technology will drive up the iPhone 6’s price is unknown, but hey, it’s an Apple product, so it was never about affordability. This new display casing, combined with a potentially much more potent, high PPI display being worked on by Apple will most likely provide us with a beautiful image quality with the upcoming flagship phone of the company. Add to that the durability of the material, and there’s indeed something to look forward to in the iPhone 6.

Old-school gamer with a cheeky tongue that gets me in trouble. When I'm not playing games, I'm writing about them, preferably in the vicinity of a fridge! Oh, and if you're a Justin Bieber fan, I'm afraid we can't be friends!
Previous Blizzard reveals pricing for Curse of Naxxramas – A Hearthstone Adventure
Next Epic Games’ Fortnite might make it to PS4 and Xbox One