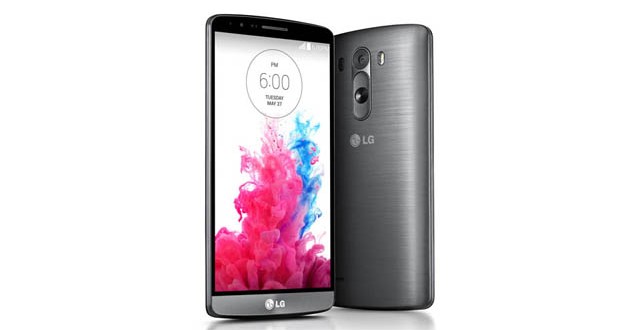 LG G3 available at Best Buy for only $100 with AT&T, Sprint, or Verizon contract

The LG G3 was finally launched in the United States and is currently available through AT&T and Sprint, but Verizon will also follow tomorrow, and T-Mobile is offering the device starting with July 16th. You can pick up LG’s latest flagship directly from the carriers or you can check out the offer that was recently made available at Best Buy. The retailer is selling the device for just 100 bucks on contract, $100 less than the regular price. This offer is available starting today for the Sprint and AT&T versions of the device and can be pre-ordered for Verizon as well. The deal doesn’t appear to be available for the T-Mobile LG G3 at the moment.

So what’s the catch? We’re not sure, but the good news doesn’t stop here. If you reserve your LG G3 before tomorrow, July 12th by entering your email you will also receive a $50 Best Buy gift card. And apparently if you’re a new customer registration isn’t even required. “If you are adding a new line of service before 7/12/14, you can receive a $50 gift card without registering on this page.” The bottom line is that if you hurry up you can get a 2-year contract flagship for the bargain price of $50. The LG G3 is available in Metallic Black and Silk White colors for AT&T and Sprint, and Mettalic Black and Shine Gold for Verizon.

The LG G3 sports a True HD 5.5-inch display running at 2560 x 1440 resolution, which amounts to a grand total of 534 ppi. A quick look under the hood reveals a powerful Qualcomm Snapdragon 801 quad-core processor running at 2.5 GHz. Other specs include an Adreno 330 GPU, a 13 MP camera with OIS+, a massive 3.000 mAh Li-Ion battery and 2GR/3GB RAM options. The device comes in 16GB/32GB internal storage variants with a microSD card slot good for up to 128 GB additional memory. LG G3 currently runs on the Android 4.4.2 KitKat operating system.

LG’s latest flagship is currently one of the most powerful smartphones out there and comes with vast improvements over the previous model, especially in regards to the display. The device is already quite popular in many markets and the United States will most likely embrace it as well. The device costs around $700 with no strings attached so if you can afford that we suggest you outright buy it in order to avoid the hassle that sometimes comes with contracts. However, 700 bucks is not exactly small change so you might also want to take into consideration Best Buy’s promotion.

I’m Load The Game’s co-founder and community manager, and whenever I’m not answering questions on social media platforms, I spend my time digging up the latest news and rumors and writing them up. That’s not to say I’m all work and no fun, not at all. If my spare time allows it, I like to engage in some good old fashioned online carnage. If it’s an MMO with swords and lots of PvP, I’m most likely in it. Oh, and if you’re looking to pick a fight in Tekken or Mortal Kombat, I’ll be more than happy to assist! Connect with me by email markjudge (@) loadthegame.com only
@@MarkJudgeLTG
Previous Raiden might join the Mortal Kombat X roster at EVO 2014
Next Fallout 4 will not be present at Gamescom 2014 says Bethesda’s VP