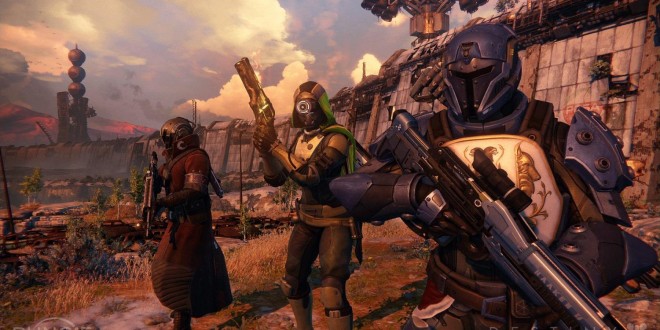 Those with access to the Destiny beta that is due to release next week will get access to three separate download codes. Bungie’s official site for redeeming the beta codes states that: “Platform selection for the Beta is now available! Each code will grant you 3 download keys, enough to field a full Fireteam on the console of your choosing!” Bungie hasn’t previously revealed this information, but it will allow those with access to the beta to share two additional codes with their friends. This is likely so that players can experience the game fully, as it has been designed to be played primarily with others.

The developer’s site also states that beta codes will be delivered to user email addresses on the day the beta is scheduled to start. For PlayStation users they can first jump into the Destiny beta on July 17. Xbox users have to wait a bit longer, with the beta only becoming available to them on July 23. The delay is due to the partnership between Bungie/Activision and Sony, which will see PlayStation players get access to exclusive DLC. To get access to the beta you will need to have pre-ordered the game from selected retailers. An Xbox Live Gold account of a PS Plus account is needed in order to play it.

The past few weeks have brought a splurge of new Destiny details. That is not surprising though considering we are now nearing release and it is one of the most anticipated games of the year. Activision revealed details about the Collector’s Edition of Destiny earlier in the week while analysts have suggested it could go on to become the biggest selling game of the year. Last week Bungie also showed all of the achievements and trophies that will be in the game. Destiny officially launches September 9 and will be available on the PlayStation 3, PlayStation 4, Xbox 360 and Xbox One. A PC version may also arrive in the future, though a release on the platform is currently not planned.

Freelance writer with a love for gaming. Have owned pretty much every console and handheld from the last 15 years. When I'm not writing about games, which I am most of the time, I tend to be reading, writing about sport, binge watching shows on Netflix...or playing the odd video game.
@nathanpgibson
Previous Skullgirls Encore coming to PlayStation 4
Next Xbox One now supports trial versions of games