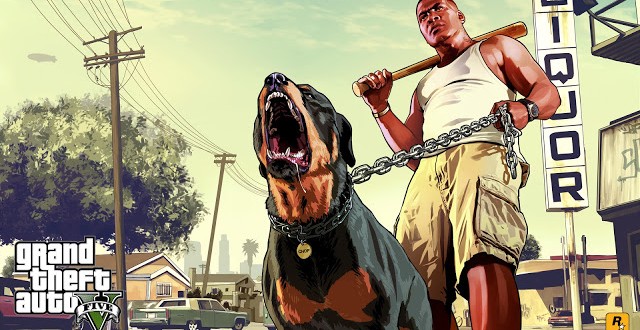 Rockstar Games announced back at E3 2014 that GTA 5 PC is no longer just wishful thinking, and neither are the Xbox One and PS4 versions of the game for that matter. The company said that the highly successful title will grace the platforms sometime this Fall, without mentioning a specific date however. But now according to a UK retailer that goes by the name of CoolShop it seems that we do in fact have an exact release date. As you can see from this screenshot, the website claims that the PC version of GTA 5 will arrive on November 14th. We have to note that the unusual price of £37.96 (about $65 at current conversion rate) makes us question a bit the validity of this information. On the other hand, it could just be a placeholder. 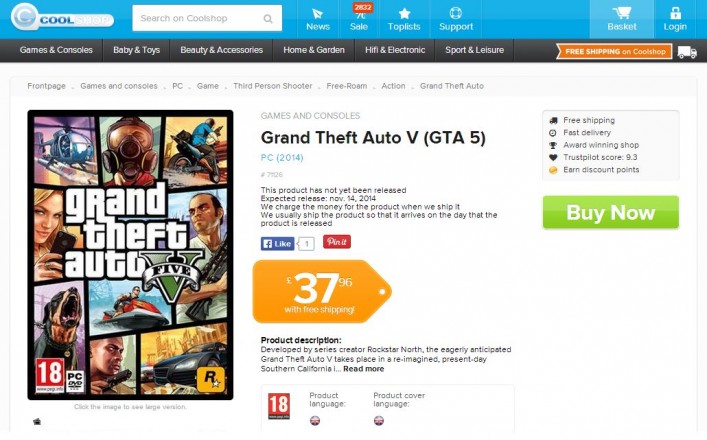 To be honest, the release date itself could be just a placeholder although it seems to be strangely specific if that is indeed the case. Most of the time you see something like December 31st, 2014 or November 2014 as placeholders. In any case, while browsing the website I also came across the PS4 and Xbox One versions of GTA 5. Their release dates are also listed as November 14th, but strangely enough, the prices are much higher that the PC version. According to the listings, the current-gen versions of GTA 5 will cost no less than £52.96, the equivalent of about $90.

Again, this might just be a placeholder, but even if it isn’t, I doubt that many people will pre-order the game for that hefty sum. Bad marketing strategies aside, we advise you to regard this as a mere rumor for now and take it with a grain of salt until Rockstar makes an official announcement. Also, you shouldn’t necessarily get your hopes up even on the off chance that the release date is correct. The company didn’t say that GTA 5 will be launched on the same date on all platforms and in all countries. So if you’re not in the UK you might see it a bit later, depending on where you are.

GTA 5 is not the only highly anticipated product we’ve seen listed by retailers even though no official announcement has been made. Recently Mass Effect 4 popped up on Amazon while the PS4 version of Beyond: Two Souls was spotted on a couple of German retailer websites. But video games are not the only products making surprise appearances, the highly anticipated iPhone 6 smartphone was also recently listed on Amazon complete with release date and a number of other details.

I expect all that remains now is to see Fallout 4 or Starcraft 2: Legacy of the Void pop up on some shady retailer’s website or perhaps even on Amazon again, they don’t seem to have a problem with listing things that haven’t been officially announced yet.

I’m Load The Game’s co-founder and community manager, and whenever I’m not answering questions on social media platforms, I spend my time digging up the latest news and rumors and writing them up. That’s not to say I’m all work and no fun, not at all. If my spare time allows it, I like to engage in some good old fashioned online carnage. If it’s an MMO with swords and lots of PvP, I’m most likely in it. Oh, and if you’re looking to pick a fight in Tekken or Mortal Kombat, I’ll be more than happy to assist! Connect with me by email markjudge (@) loadthegame.com only
@@MarkJudgeLTG
Previous Counter-Strike might get a tournament like Dota 2’s The International
Next First Windows 9 Start Menu image surfaces revealing design