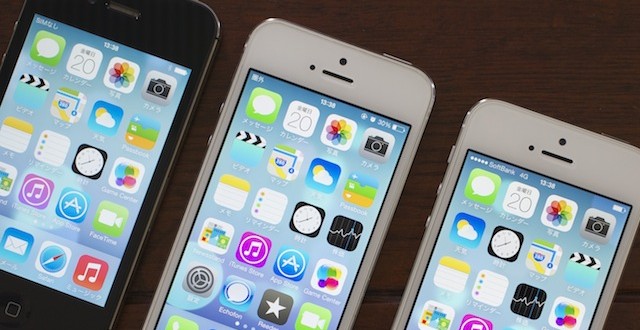 Recently most of the Apple-related news revolved around the upcoming launch of the iPhone 6. It’s no secret that everybody is eagerly anticipating the release of the company’s latest flagship, but we shouldn’t forget about their current devices either. The iPhone 5s for example could be easily overlooked by many given that it was released about 9 months ago already. However, the smartphone is still among the most popular handsets on the market, or maybe even the most popular according to research done by Counterpoint Technology Market Research. The study shows that the iPhone 5s ranks number one in their top 10 best selling smartphones.

Although the research was only revealed yesterday, this study shows the results for the month of May 2014. This is important to note because a lot could have changed since then. Another aspect that needs to be taken into consideration is the fact that the research was done in 35 countries so the results might not accurately reflect worldwide sales.That being said, there’s no denying that the iPhone 5s is still extremely sought after and is selling very well even now. The biggest surprise is perhaps the fact that until May – and maybe even after – the iPhone 5s managed to sell more units that even the Samsung Galaxy S5, which ranked second.

Apple also appears in the top 10 with a couple more devices of their own. The iPhone 5c ranks fifth while immediately behind it comes the iPhone 4s, which grabs sixth place. Surprisingly enough the remaining two positions are secured by Xiaomi with their MI3 (7th place) and Hongmi Redrice (9th place) models. We’re not seeing any devices from other big manufacturers such as HTC, LG, Motorola, or Sony in this top 10, which is a little strange. I would have thought that at least one of their smartphones would have made the top, but I guess not.

I’m Load The Game’s co-founder and community manager, and whenever I’m not answering questions on social media platforms, I spend my time digging up the latest news and rumors and writing them up. That’s not to say I’m all work and no fun, not at all. If my spare time allows it, I like to engage in some good old fashioned online carnage. If it’s an MMO with swords and lots of PvP, I’m most likely in it. Oh, and if you’re looking to pick a fight in Tekken or Mortal Kombat, I’ll be more than happy to assist! Connect with me by email markjudge (@) loadthegame.com only
@@MarkJudgeLTG
Previous EA reveals cover and release date for FIFA 15
Next Mortal Kombat X will likely have at least one guest character