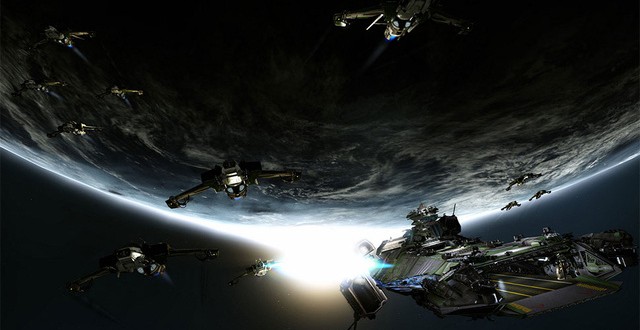 Chris Roberts, the boss of Cloud Imperium Games, has announced that the next stretch goal for the crowd-funded Star Citizen will be the addition of alien languages. Speaking in a blog post on the developer website, Roberts explained that if funding reaches $50 million the team will work on increasing the immersion in the game by adding unique languages created especially for the game. “I’m excited about this one…and looking forward to meeting the first fan who learns to speak one of our languages,” added Roberts. “ As always, thank you for your support. Star Citizen would not exist without our backers.” The added languages will be for the three biggest alien races within the game’s universe, the Vanduul, the Xi’An and the Banu.

Star Citizen is an upcoming space trading and combat simulator. It has been funded completely through fans contributing through the developer website and Kickstarter. In the two years since the campaign first launched the developers have gone on to raise over $48 million. The developers plan to keep collecting donations until the game officially releases, with stretch goals adding additional content and gameplay mechanics. It is being built primarily with a modified version of the CryEngine and is estimated to release on PC sometime in 2015. It is unlikely to come to consoles and other platforms as the developer has already said they wouldn’t be powerful enough to run the game.

The game will feature a persistent universe that will change according to player actions. It will place a heavy emphasis on player interactions as trading will play an important role in the overall experience. Star Citizen will offer two different modes, the massively multiplayer portion that sees players interact in a huge open universe and Squadron 42, a campaign mode. Squadron 42 will feature a single-player story that can also be played co-operatively with other players.

Freelance writer with a love for gaming. Have owned pretty much every console and handheld from the last 15 years. When I'm not writing about games, which I am most of the time, I tend to be reading, writing about sport, binge watching shows on Netflix...or playing the odd video game.
@nathanpgibson
Previous Oddworld: New ‘n’ Tasty pre-order incentives announced
Next Battlefield 4 Dragon’s Teeth DLC starts rolling out for Premium users