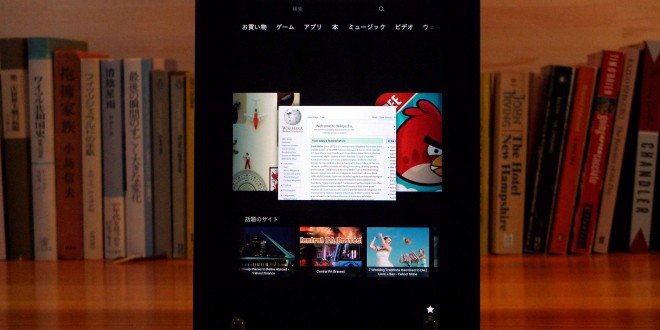 According to GIGAOM, Amazon is testing a new ebook and audio subscription service. The service allows users unlimited access to over 600,000 titles for $9.99 a month. The website found a number of pages detailing the new Kindle Unlimited service, though they have since been removed. Several websites already allow users to rent ebooks for a set period of time, including Amazon. However, a system that offers unlimited access for a monthly fee doesn’t currently exist. Though it does make sense for Amazon to try out such a service, as it could help to convince people to buy Kindle devices.

Amazon Kindle has been expanding over the past few years. They have releases various Kindle devices since the launch in 2007, providing better screen quality, memory size and support for more content. The latest version, the Kindle Fire HDX, acts much more like a tablet than a traditional e-reader. It can access apps from the Amazon App Store as well as play music and high-definition video. It can also use streaming services such as Amazon Prime Instant Video, allowing users to stream films and TV shows directly through their device.

The news that Amazon is looking to bring an ebook service to the market is not surprising. The company has already got its own TV and Movie streaming service, Amazon Prime Instant Video. The service is exclusive to Amazon Prime members, which was originally just a service that would allow faster delivery from the Amazon online store. Instant Video is in direct competition with other streaming services such as Netflix and Hulu. News also emerged last month that Amazon was launching its own music streaming service that was also tied to an Amazon Prime membership, allowing it to take on the likes of Spotify and Pandora. The amount of music on offer is limited though on Amazon compared with its competitors. Amazon Prime currently costs $99 for a yearly subscription.

Freelance writer with a love for gaming. Have owned pretty much every console and handheld from the last 15 years. When I'm not writing about games, which I am most of the time, I tend to be reading, writing about sport, binge watching shows on Netflix...or playing the odd video game.
@nathanpgibson
Previous The Honda ASIMO robot receives another upgrade
Next Google gives Project Ara to developers