Breaking News
Home » Tech » Android KitKat 4.4 is coming to the Sony Xperia T2 and T2 Ultra, with the Xperia E1 and M2 following 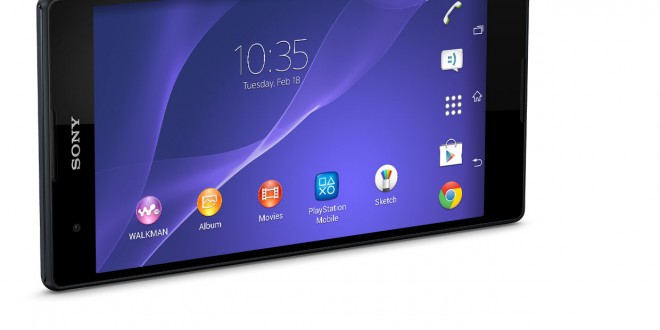 Android KitKat 4.4 is coming to the Sony Xperia T2 and T2 Ultra, with the Xperia E1 and M2 following

There’s definitely some great news for Sony fans. The company has begun rolling out an Android KitKat 4.4 update for the Sony Xperia T2 and the Sony Xperia T2 Ultra Dual smartphones. This is of course the standard Android KitKat update, but why has it taken Sony so long to release it? Well, as always, the company did some personal tweaks to the update, so the update is specifically tailored for the needs of the Xperia T2 and the T2 Ultra Dual. The most apparent tweaks affect the status bar and the quick settings window, making them more visually appealing and easier to use and view.

In addition, Sony’s tweaks include a new launch homescreen animation, as well as adjustments for all the pre-installed Sony specific Android Apps that are now fully compatible with the new Android version. A lot of effort has gone into making the new UI look and feel similar to that of the new Sony console, the Playstation 4. Performance has been boosted a bit overall, and the phone, as well as its apps, should now feel more responsive. The tweaked apps include: Messaging, MyXperia, SmartConnect, TrackID and TrackID TV, Sony Select, Smart Social Camera, WALKMAN, Sony Album and Movies, Sony Entertainment Network Cloud integration and more. Sony’s own theme customization suite has also gotten touched, Xperia Themes getting some much needed attention. Add to that the regular updates to security and stability of the standard Android KitKat update, and Sony Xperia T2 and T2 Ultra users definitely have a lot to look foward to.

As always the case, the update will be rolling out gradually. It’s already available, but if you can’t update your phone just yet, hang on, it will come in the coming days, based on location and carrier. We advise that you use WiFi to download the update instead of mobile internet, as the update is quite consistent in size. In addition to the Xperia T2 and T2 Ultra Dual, Sony will also be rolling out an Android KitKat update for the Sony Xperia E1 and M2 in the coming weeks.

I’m Load The Game’s co-founder and community manager, and whenever I’m not answering questions on social media platforms, I spend my time digging up the latest news and rumors and writing them up. That’s not to say I’m all work and no fun, not at all. If my spare time allows it, I like to engage in some good old fashioned online carnage. If it’s an MMO with swords and lots of PvP, I’m most likely in it. Oh, and if you’re looking to pick a fight in Tekken or Mortal Kombat, I’ll be more than happy to assist! Connect with me by email markjudge (@) loadthegame.com only
@@MarkJudgeLTG
Previous Google gives Project Ara to developers
Next Magic 2015 Duels of the Planeswalkers coming soon to Xbox One