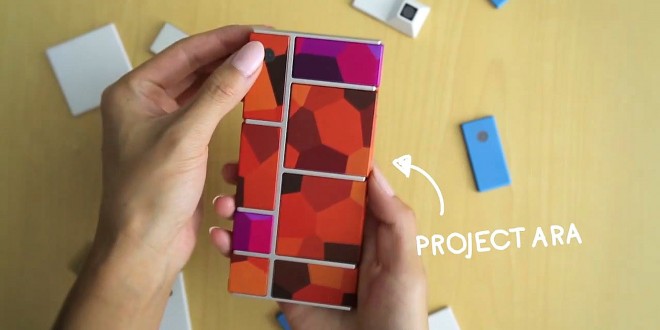 Creating customizable modular smartphones is probably Google’s most ambitious and interesting project. Called Project Ara, Google’s attempt to bring modular smartphones to the market is now one step closer to reality, because the tech giant has recently announced its intentions to give Project Ara to developers. Google has already accepted some applications from developers, who are more than interested in receiving the project’s development boards and start the production. Project Ara consists in creating customizable phones, made from individual single-function modules, thus allowing users to personalize and build their devices. Users can also change individual components like the camera or the battery easily, keeping the rest of the device.

Developers who want to apply for the development boards will have to hurry up a bit, because there’s little time left and there are only a few development kits left. For the first round of kits, developers must apply until 17 July, while for the second round they have until 17 August. Besides that, there is also a limited supply for the boards, but Google announced they will also observe the “technical experience and the strength” of the developers’ module concept, the email suggested.

During its Project Ara developer conference in April, Google started to show the first round of development boards. Making thing even more interesting, last month at the Google I/O, Paul Eremenko, head of ATAP, showed off a functioning Ara prototype. Apart from the fact that the team of developers succeeding to create fully functional modular smartphones will definitely be mentioned in the history books, Google will also award the winners with $100,ooo.  One of Google’s most interesting requests is for the device to do “something you can’t do today with a smartphone”. We speak for the most of us when we say “Go team!” and “May the best one win!”, but we are more eager to get our hand on one such device as soon as it hits the market, no matter who wins.

I’m Load The Game’s co-founder and community manager, and whenever I’m not answering questions on social media platforms, I spend my time digging up the latest news and rumors and writing them up. That’s not to say I’m all work and no fun, not at all. If my spare time allows it, I like to engage in some good old fashioned online carnage. If it’s an MMO with swords and lots of PvP, I’m most likely in it. Oh, and if you’re looking to pick a fight in Tekken or Mortal Kombat, I’ll be more than happy to assist! Connect with me by email markjudge (@) loadthegame.com only
@@MarkJudgeLTG
Previous Amazon trialling new unlimited ebook subscription service
Next Android KitKat 4.4 is coming to the Sony Xperia T2 and T2 Ultra, with the Xperia E1 and M2 following