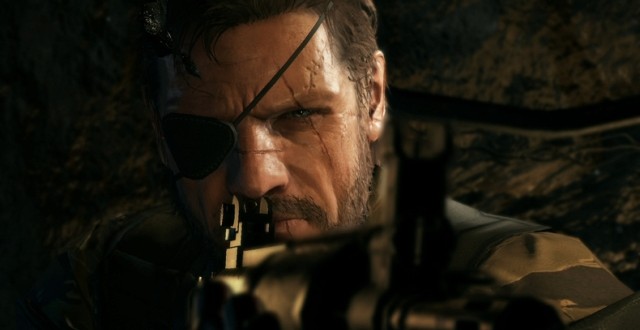 In a strange turn of events, a major news outlet might have just leaked the release date of Konami’s Metal Gear Solid 5: The Phantom Pain. The Guardian recently had an interview with legendary producer and director Hideo Kojima regarding the upcoming title. The interview itself is very interesting, but what’s even more interesting is the last paragraph which reveals that: “Metal Gear Solid: The Phantom Pain is due out on PS3, PS4, Xbox 360 and Xbox One on 17 March, 2015.” The release date was edited since then and now only reads “early 2015” but a user on Reddit managed to grab a screenshot of the original article before The Guardian changed it. Given that the date was changed so quickly we believe that it was indeed accurate, but wasn’t meant to be announced just yet.

If true, this would mean that Metal Gear Solid 5: The Phantom Pain will be releasing approximately one year after its prequel, Ground Zeroes was launched. We don’t know of any other major releases in March 2015, meaning that The Phantom Pain wouldn’t have any competition so it will be more likely to sell better. In any case, it’s good to take this with a grain of salt and just regard the “early 2015” as a confirmed release date for now. However, we think that you don’t usually get that specific with a date unless you actually know something, and March 17th sounds pretty specific to me. Leaks and speculation aside, the interview itself reveals some more details about the development of Metal Gear Solid 5: The Phantom Pain and Hideo Kojima’s unique approach to creating brilliant games so its definitely worth a read.

“With a movie it’s probably easier to sustain intensity and seriousness over the 90-minute duration,” Kojima says. “But in an open-world game it becomes exhausting, demotivating and even uninteresting for the player. In order to avoid that fatigue, I try to interrupt that heaviness with visual jokes in the world, something to provide the player with some comic relief and change the mood dynamically.” He also explains that “I love movies but if I was to create a film I’d use different methods. I make games. That’s what I do. So I think about ways that I can use the game systems to reinforce my story, or do things that simply aren’t possible in other media.” 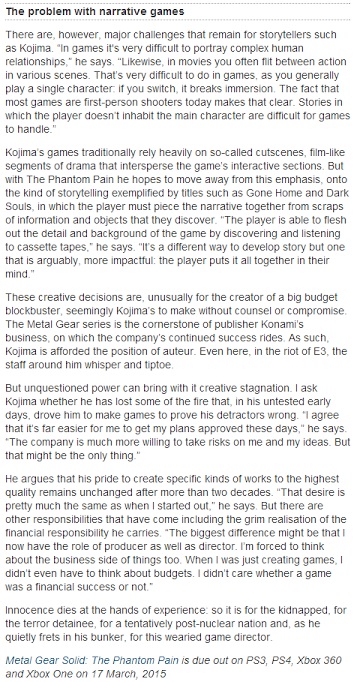 I’m Load The Game’s co-founder and community manager, and whenever I’m not answering questions on social media platforms, I spend my time digging up the latest news and rumors and writing them up. That’s not to say I’m all work and no fun, not at all. If my spare time allows it, I like to engage in some good old fashioned online carnage. If it’s an MMO with swords and lots of PvP, I’m most likely in it. Oh, and if you’re looking to pick a fight in Tekken or Mortal Kombat, I’ll be more than happy to assist! Connect with me by email markjudge (@) loadthegame.com only
@@MarkJudgeLTG
Previous Bungie explains why Destiny does not allow cross-platform play
Next Xbox One August update details revealed