Breaking News
Home » OPINION PIECES » Is this where God of War 4 is being developed? 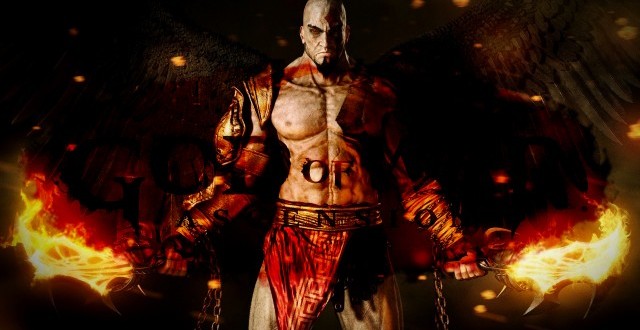 Is this where God of War 4 is being developed?

Sony Santa Monica revealed the location where their “next great game” for PS4 will be developed. Judging by the picture they’ve tweeted, this studio is absolutely huge so we expect that all games developed there to be equally impressive. They didn’t say anything else about their upcoming great game, but given that the studio is most famous for working on the God of War series, we suspect that we might be looking at the place where God of War 4 will be created. Thus far info regarding the title has been scarce, with most of what we know coming from rumors and speculations. A particular piece of news promising the return of Kratos at E3 2014 got many of us excited a while back. Shortly before the event there were leaks suggesting that we might see a teaser trailer complete with in-game footage at the expo.

Our next great game for @PlayStation 4 will be created in this new studio right here #TheReserve pic.twitter.com/BsmoJKBBaV

“God of War 4 teaser will be present – will be CG with snippets of in-engine footage,” the leaker said. “A little early for reveal, but is designed to offset negativity surrounding canceled new IP and generate excitement – also to partially offset CG announce of Gears of War at Microsoft presser. Late 2015. Date wont be announced.” Needles to say, E3 has come and gone, and God of War 4 is still nowhere to be seen. As a side note, Gears of War 4 was not presented either so I guess that wasn’t much of a leak after all. Or maybe there was a last minute change of plans, who knows? Regardless, we’re still hoping that God of War 4 will be announced sometime in the near future. The series has always been a system seller and Sony may very well need a PS4 God of War title seeing as how Microsoft is catching up with them lately.

Santa Monica says that a video of “The Reserve” studio will be revealed next month and while they haven’t said anything about God of War 4, they did make some interesting statements on Twitter earlier. When asked if the God of War posters have anything to do with their next game, the studio gave a rather cryptic answer . “The posters celebrate our legacy, what is our future you’ll see…in the future.” Another user noticed all the cardboard laying around and wondered if there’s any chance that it’s covering something we should’t be seeing yet. “Maybe so, maybe not, but in general, it’s protecting the walls from the movers,” the studio said.

But let’s go back to the original question: “Is this where God of War 4 is being developed?” I believe the answer is yes, even if there’s no real evidence to back up that claim for now. There should indeed be a sequel and it will most likely be available on the PS4, although maybe not exclusive to the console. The Reserve looks like the perfect place to create it and I have a hunch that the game is already in development. We’ll let you know the moment we hear something solid, until then please regard of all this as just the ramblings of a fan who really wants to see a current gen installment.

I’m Load The Game’s co-founder and community manager, and whenever I’m not answering questions on social media platforms, I spend my time digging up the latest news and rumors and writing them up. That’s not to say I’m all work and no fun, not at all. If my spare time allows it, I like to engage in some good old fashioned online carnage. If it’s an MMO with swords and lots of PvP, I’m most likely in it. Oh, and if you’re looking to pick a fight in Tekken or Mortal Kombat, I’ll be more than happy to assist! Connect with me by email markjudge (@) loadthegame.com only
@@MarkJudgeLTG
Previous Dota 2: Valve unveils Techies during The International 2014
Next Fallout 4 didn’t show up at QuakeCon, but Doom certainly did