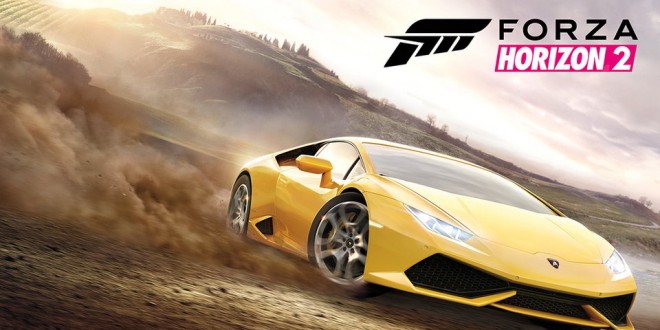 Microsoft has revealed 100 cars that will feature in the upcoming racing game Forza Horizon 2. The news post on the official Xbox website notes that each car has been built “from the ground up” specifically for the title, with the developers focusing on making the most of the power available through the Xbox One. The post also discussed some of the new features that will be included in Forza Horizon 2 that includes a “dynamic weather and wide-open world, including new features such as functioning windshield wipers, working headlights and interior lights, and dynamic dirt-mapping.”

The cars that have been revealed offer a wide range of different vehicle types, from supercars to the Volkswagen campervan. The full list can be viewed at the site but some of the highlights are the Lamborghini Huracán, Dodge Challenger and the Ferrari 250 California. Joining them are classics like the 1954 Jaguar XKL120 SE and the 1973 Renault Alpine A110 16005.

Forza Horizon 2 is the sequel to 2012’s Forza Horizon. It is set during the ‘Horizon Festival’ and sees players competing in a number of different events. Locations range across a variety of Southern Europe countries such as France and Italy, with the world being three times as large as the original. The title will also feature a new game mode called the Bucket List, that tasks players with completing certain tasks for each location.

Earlier in the month, Microsoft revealed that Forza Horizon 2 would be arriving in fall. Playground Games and Turn 10 Studios are developing it jointly, with the Xbox One being the lead console for development. It is set to feature around 200 cars, meaning that the next reveal will bring us to the total number of vehicles available in the game. The game is the latest in the Forza Motorsport series. It is the main racing game for the Xbox platform and is widely seen as Microsoft’s answer to Sony’s Gran Turismo series.

Freelance writer with a love for gaming. Have owned pretty much every console and handheld from the last 15 years. When I'm not writing about games, which I am most of the time, I tend to be reading, writing about sport, binge watching shows on Netflix...or playing the odd video game.
@nathanpgibson
Previous Naughty Dog has not ruled out bringing back Jak and Crash Bandicoot
Next The latest League of Legends cinematic is the most epic thing you’ll see all day