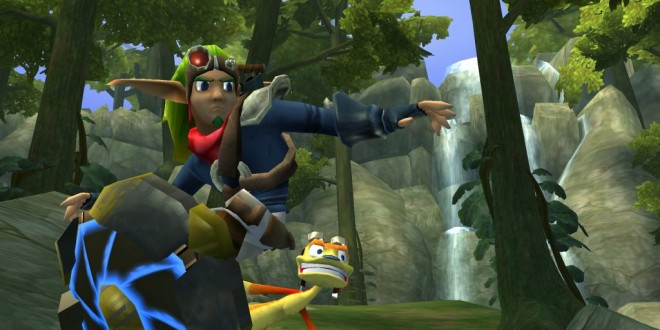 In an interview with IGN, Naughty Dog community strategist Arne Meyer has said that the developer hasn’t ruled out reviving Jak and Daxter along with Crash Bandicoot in the future. “It’s never off the table,” he said. “It’s not too much time passing, but it’s the same issues we explored with the Jak game. Is it something that makes sense to us now?” Meyer spoke about how creating a Jak or Crash Bandicoot game right now doesn’t make sense as the developer is busy working on character driven games in grand and realistic settings.

“It comes back to our decision making process, whether it feels right. With Jak at that time we were really focused on making games grounded in a stylised but realistic world, and if you tried to transfer Jak to that you lose a lot of what made him special. It doesn’t mean though that at no point in the future will we get good at making stylised artificial universes however, and then it’ll work.”

Meyer also revealed how Naughty Dog is looking at the possibility of remastering other games for the PlayStation 4. With The Last of Us Remastered set to hit store shelves July 29, the developer is now considering porting over other games to the console. “It’d be nice,” he said. “It’s always nice to find ways to try and expand your audience. I don’t know how we’d ever pull that off but I don’t want to say we wouldn’t do it. I think if everything aligns, we should make an attempt to look into it and do it as well.” The latest instalment in the series, Uncharted 4: A Thief’s End is due to launch next year.

Yesterday news emerged that Naughty Dog may work on a sequel to The Last of Us. The developer revealed how they would look into developing sequels following fan feedback and the success of the original game, though they stressed that no decision had yet been made. They also stated how they would try to ensure that all of their future games on the PlayStation 4 would run at 1080p and at 60 frames per second.

Freelance writer with a love for gaming. Have owned pretty much every console and handheld from the last 15 years. When I'm not writing about games, which I am most of the time, I tend to be reading, writing about sport, binge watching shows on Netflix...or playing the odd video game.
@nathanpgibson
Previous WildStar gets new PVP oriented content patch called Sabotage
Next First 100 Forza Horizon 2 cars revealed