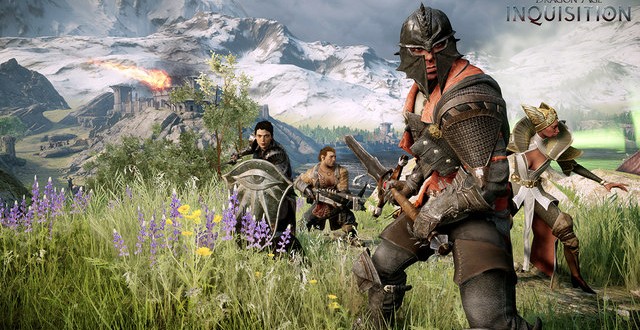 BioWare has today revealed that the release date for Dragon Age: Inquisition has been pushed back to November. The game was due to release October 7 for PlayStation 3, PlayStation 4, Xbox 360, Xbox One and PC, but will now hit store shelves a month later on November 18 in North America and November 21 in Europe. Mark Darrah, executive producer at BioWare, explained that the developer was delaying the game in order to make sure it is as good as possible when it releases. The extra development time will reportedly help to get rid of bugs and other issues.

“This last bit of time is about polishing the experience we want you to see,” said Darrah. “Ensuring that our open spaces are as engaging as possible. Strengthening the emotional impact of the Hero’s choices. And ensuring the experience you get is the best it can be in the platform you choose to play on.”

Dragon Age: Inquisition is the third full game in the Dragon Age series. Alistair McNally first announced Dragon Age: Inquisition in 2011 on Twitter, before more formal information was revealed the following year. The title will look to go back to some of the gameplay associated with the original title in the series, but fuse elements of the sequel as well. EA hope this will make the new game the best of both worlds.

It is set to feature a large open world environment and much like its predecessors will put emphasis on player choice. To that end, it will have over 40 different possible endings with separate smaller variations also available. Much like other BioWare games it will allow players to completely customize their character and play in their own style.  This includes being able to choose you character’s sexual orientation, as in Mass Effect, with Dragon Age: Inquisition allowing fully gay heroes.

Freelance writer with a love for gaming. Have owned pretty much every console and handheld from the last 15 years. When I'm not writing about games, which I am most of the time, I tend to be reading, writing about sport, binge watching shows on Netflix...or playing the odd video game.
@nathanpgibson
Previous Battlefield Hardline delayed until early 2015
Next Digital tattoos, innovative screen locks and more