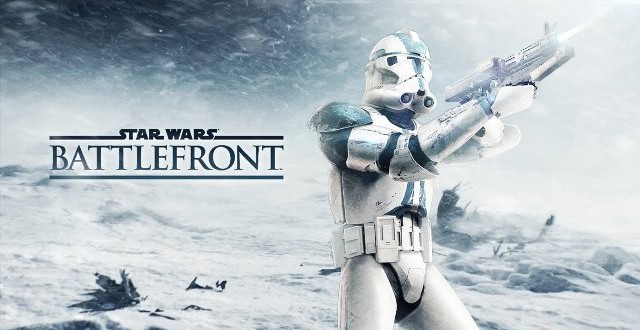 Publisher Electronic Arts stated during their latest earnings call that they’re hoping to launch Star Wars Battlefront around the same time as Star Wars Episode 7. We’ve heard something similar last year as well when CFO Blake Jorgensen said that Battlefront will come out in Summer 2015 in order to coincide with the release of the movie. However, Disney pushed the release of Star Wars Episode 7  back until December 18, 2015 so we were uncertain until now if the publisher was going to stick with the original plan. According to Executive Vice President Patrick Soderlund not much has changed and the game is still scheduled to come out preferably close to the movie, which means that Star Wars Battlefront was also delayed until December 2015.

“As it relates to Star Wars, we’ve shown parts from the game today, so you know that what we’re building is more rooted in the traditional Star Wars universe and not so much necessarily linked to the movies being made. And that’s just because we wanted to make a game that celebrated the history of Star Wars. Obviously there will be things in there that are somewhat tied to the new movie. I wouldn’t say that we have a particular tie to the movie. Now, obviously we would prefer to be close to the movie, but I wouldn’t say that we’re directly tied to it.”

This statement suggests that Star Wars Battlefront will not share the same story as Episode 7, but it will be somewhat connected to it. This makes sense as there wouldn’t have been a point to release it around the same time otherwise. Both the game and the movie will likely benefit from being released around the same time, although it’s safe to say that the former will benefit much more than the latter. The reboot of Battlefront is definitely a highly anticipated title, but the movie is even more so. Star Wars Episode 3: Revenge of the Sith came out back in 2005 and ever since then fans have been dying to see the next chapter in the epic saga. While we already know a thing or two about Star Wars Episode 7, the game is still a mystery for the most part.

Star Wars Battlefront was announced back at E3 2014 and it was confirmed that the planet Hoth and the moon Endor will serve as playable locations. Aside from that though, we don’t really have much to go on and more details are only said to come sometime early next year.

I’m Load The Game’s co-founder and community manager, and whenever I’m not answering questions on social media platforms, I spend my time digging up the latest news and rumors and writing them up. That’s not to say I’m all work and no fun, not at all. If my spare time allows it, I like to engage in some good old fashioned online carnage. If it’s an MMO with swords and lots of PvP, I’m most likely in it. Oh, and if you’re looking to pick a fight in Tekken or Mortal Kombat, I’ll be more than happy to assist! Connect with me by email markjudge (@) loadthegame.com only
@@MarkJudgeLTG
Previous Nokia Lumia 530 officially unveiled, said to be “the most affordable Lumia yet”
Next Batman Arkham Knight’s latest DLC lets you play as the Red Hood