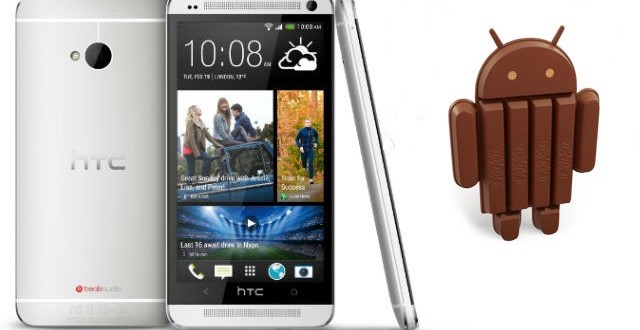 Android 4.4.3 KitKat update rolling out now for HTC One M8

Android 4.4.3 KitKat update rolling out now for HTC One M8

While a host of other devices have already upgraded to 4.4.4, the unlocked HTC One M8 is only now getting Android 4.4.3 KitKat. Better late than never I guess. The good news is that HTC incorporated the security fixes from Android 4.4.4 into the update so it’s almost like you’re getting the same thing. The update is rolling out over-the-air as we speak and will require 592 MB of free space in order to download and install. Aside from security, Android 4.4.3 KitKat also comes with fixes for camera issues, Bluetooth issues, missed calls LED issues, random reboots, connectivity problems, and much more. This update basically tackles all the known bugs and makes sure they’ll never bother you again.

The HTC One M8 will get the full 4.4.4 update sometime during next month if rumors are to be believed. On the other hand, since the security fixes have already been incorporated into the Android 4.4.3 KitKat, the device might end up skipping it. In any case, I think it will be more interesting to see when the device will get the next major update, Android L. The developer preview was initially only available for the Nexus 5 and Nexus 7, but a team of ingenious developers have already managed to port it to the Nexus 4 and HTC One M7 since then. So if its predecessor can run it, the One M8 can probably do it as well. Installing Android L might cause some issues to some devices so that’s probably why they haven’t tried it with the flagship yet.

The official jump from Android 4.4.3 KitKat to Android L will be made within three months after Google releases the final build of the OS according to the Taiwanese company. “HTC is excited about the new features in the Android L release and we can’t wait to share them with our customers,” the company said in a statement. “We are committed to updating our flagship HTC One family as fast as possible as part of our HTC Advantage program. We will begin rolling out updates to the HTC One (M8) and HTC One (M7) worldwide within 90 days of receiving final software from Google, followed shortly thereafter by other One family members and select devices. HTC Advantage protects your smartphone investment, ensuring you have the best smartphone experience long after purchase.”

Several other manufacturers have also expressed an interest in upgrading to Android L as soon as possible. The first one to do it however will probably be Motorola, just as they did with most other updates.

I’m Load The Game’s co-founder and community manager, and whenever I’m not answering questions on social media platforms, I spend my time digging up the latest news and rumors and writing them up. That’s not to say I’m all work and no fun, not at all. If my spare time allows it, I like to engage in some good old fashioned online carnage. If it’s an MMO with swords and lots of PvP, I’m most likely in it. Oh, and if you’re looking to pick a fight in Tekken or Mortal Kombat, I’ll be more than happy to assist! Connect with me by email markjudge (@) loadthegame.com only
@@MarkJudgeLTG
Previous PS4 update 1.75 finally adds 3D Blu-Ray support, Sony announces
Next Vysk QS1 the king of privacy