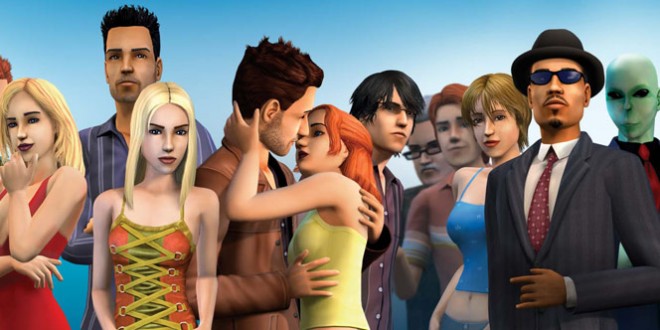 The Sims 2: Ultimate Edition is now available to download for free from Origin. Any registered user can access the game from the Origin client or through the online website at no cost. The Ultimate Edition of the game includes the original title along with all eight expansion packs and a number of different stuff packs that contain additional content. Included expansions are University, Open for Business, Pets, Seasons, Bon Voyage, Nightlife, Free Time and Apartment Life. To redeem the game just follow these instructions from EA:

1) Start by downloading and installing Origin. If you already have Origin you can skip to step 3.

2) Not an Origin member? Create a free Origin Account to get in the game.

4) From the ‘Games’ tab in the Origin menu, select ‘Redeem Product Code’ and enter the code I-LOVE-THE-SIMS

If you’re already an Origin member, you can also redeem your code online. Just visit the Origin code redemption page and log in to your Origin Account. Then enter I-LOVE-THE-SIMS in the ‘Product Code’ field.

EA had previously announced that they would be allowing owners of Sims 2 to upgrade to the Ultimate Edition as they were ending support of the game with the release of the Sims 4 on the horizon. However, users will still be able to get technical help from EA. They won’t though be releasing any further updates or content packs. According to EA, the change in allowing everyone to access the Sims 2 Ultimate Edition was due to problems with eligible users being able to access to the game.

The Sims 4 is set to launch for PC on September 2.  It has already attracted some negative attention as certain features from previous games have been removed from the latest instalment. Two notable examples are the fact that swimming pools and toddlers will not be present. This angered those who felt EA were purposely keeping features back to release them in the future as downloadable content. Another contentious point is the fact that the game seems to have a premium membership option, allowing players to pay to get access to content sooner.

Freelance writer with a love for gaming. Have owned pretty much every console and handheld from the last 15 years. When I'm not writing about games, which I am most of the time, I tend to be reading, writing about sport, binge watching shows on Netflix...or playing the odd video game.
@nathanpgibson
Previous New Titanfall update adds Black Market and Burn Card booster packs
Next PS4 update 1.75 finally adds 3D Blu-Ray support, Sony announces