Breaking News
Home » NEWS » Some pre-orders for Destiny being cancelled 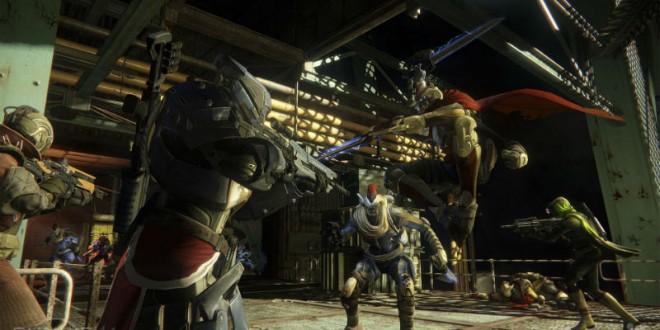 Some pre-orders for Destiny being cancelled

Walmart has begun sending emails to some customers explaining that due to demand issues, certain pre-orders for the Ghost Edition of Destiny are being cancelled. The retailer is offering either a conversion to the Limited Edition of the game or a full refund. With Walmart being unable to fulfil all of the orders for Ghost Edition of Destiny, it suggests that the package will be truly limited. This is unlike many special editions of games that are available long after launch. Neither Activision or Bungie have commented on the situation and no other retailers are known to be cancelling pre-orders so far.

The Ghost Edition of Destiny was announced earlier in the month. It includes a number of bonuses compared to the standard and limited editions of the game. These include a steel box, a replica of a Ghost and letters of introduction that reveals background story to Destiny. The Ghost Edition also contains postcards, exclusive items and weapons for use within the game. It also comes with the Guardian Folio, which includes:

Destiny is set to launch September 9 for PlayStation 3, PlayStation 4, Xbox 360 and Xbox One. A PC version has been mooted, though Bungie are yet to formally announce whether the game will eventually see a release on the platform. A beta for the game has been ongoing for the last few days. It is now back online following a brief downtime for maintenance.

Freelance writer with a love for gaming. Have owned pretty much every console and handheld from the last 15 years. When I'm not writing about games, which I am most of the time, I tend to be reading, writing about sport, binge watching shows on Netflix...or playing the odd video game.
@nathanpgibson
Previous Warcraft movie logo and weapons showcased during Comic-Con 2014
Next GTA 5 PC, PS4, Xbox One releasing November 7th according to retailer