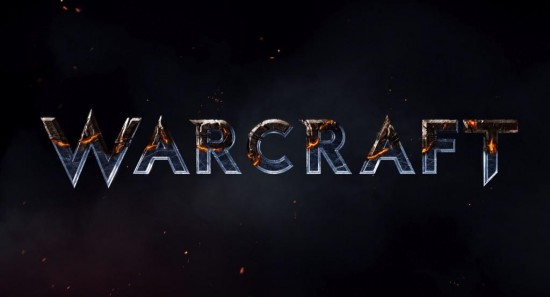 Warcraft is still over a year away and unfortunately we haven’t seen much of it until now, nor did we hear any particularly useful details. Today however we get to some the first real pictures of what the film is all about. Granted, they aren’t images from the movie itself, but they’re even better in a way. If you don’t find them all that fascinating you need not worry, Legendary Pictures will be hosting a panel on Saturday during Comic-Con 2014 where more details regarding Warcraft are said to be revealed. But for now let’s take a look at some of the props used in the movie and bask in all of their glory. 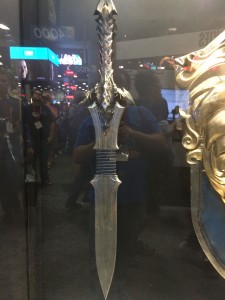 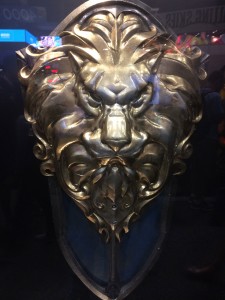 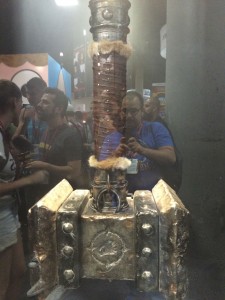 The pictures above represent a sword and shield used by the Alliance, while the hammer is a weapon passed down from generation to generation by some of the greatest heroes of the Horde. Entitled Doomhammer, the weapon is perhaps most famous for being wielded by Warchief Thrall who received it from Ogrim Doomhammer himself. Warcraft is set to take place during the initial conflict between the orcs and the humans so the hammer will most like be wielded by Ogrim and not Thrall in the movie. As for the sword and shield, Legendary tells us that we’re looking at a Dragon Sword: “this gleaming blade is wielded in the name of the Alliance” and Lion Shield: “symbol of the strength of Azeroth.”

Aside from the props, the Warcraft logo was also revealed during SDCC 2014 today. Now, to be completely honest the style of the writing on the logo looks very reminiscent to the one Starcraft uses. I will even go as far as to say that it suits the sci-fi theme of Starcraft much more than it suits Warcraft, which is supposed to be a fantasy movie inspired by a fantasy game. But that’s just me. In any case, the logo and props might be just the beginning as rumor has it that Legendary Pictures will also reveal a trailer during the event. Earlier this year Warcraft director Duncan Jones was asked whether or not we should expect a trailer to be showed soon. He replied with: “We show up every summer at Comic-Con – we really enjoy it, and the fans seem to enjoy taking a look at things, so I wouldn’t be surprised.” Sounds pretty promising to me.

I’m Load The Game’s co-founder and community manager, and whenever I’m not answering questions on social media platforms, I spend my time digging up the latest news and rumors and writing them up. That’s not to say I’m all work and no fun, not at all. If my spare time allows it, I like to engage in some good old fashioned online carnage. If it’s an MMO with swords and lots of PvP, I’m most likely in it. Oh, and if you’re looking to pick a fight in Tekken or Mortal Kombat, I’ll be more than happy to assist! Connect with me by email markjudge (@) loadthegame.com only
@@MarkJudgeLTG
Previous Obsidian would like to develope Knights of the Old Republic 3
Next Some pre-orders for Destiny being cancelled