Breaking News
Home » Tech » Print your own asteroids with NASA! 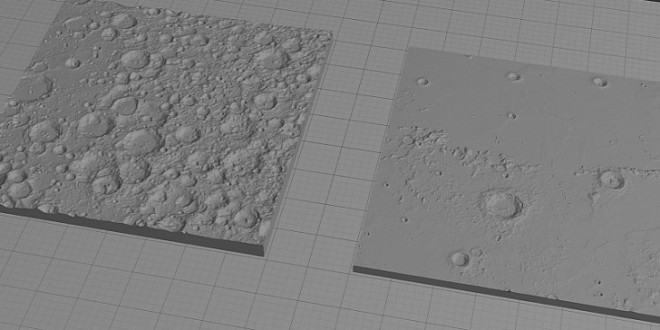 Print your own asteroids with NASA!

Courtesy of NASA, those of you who have access to a 3D printer can now revel in the possibilities of creating your own galaxy by printing almost any outer space object you desire to include in your design.

You can create your own fleet and make-believe a space-exploration by 3D printing the models (beta) NASA has posted in its library. You can print space probes, asteroids and even Mars’ Gale Crater, along with the Kepler, Voyager, Cassini, Messenger, MRO satellite and Mars Odyssey. NASA has published 21 of these models you can download and use and has offered us, at the same time, a much more close relationship to outer space, unless the space agency plans on giving away space exploration trips to the needy or curious or fanatic people who want to see what’s out there – up close.

Each 3D model has been scaled down to figurine size so that you can reproduce them with different 3d printers of your choice. The models are scaled at approximately 100 mm maximum, but the models might require adjustments or changes, since these are one of a kind models few people have had access to so far. From the designs, you can see that some might lack detail and texture, but they are still models of things you will probably never see. Go to NASA to get your own 3d universe!

NASA also features visualizations, images and textures, games that let you build networks around the Earth, spacewalking games, demos that show you how the most advanced NASA technology works and demonstrate the advanced stages space explorations are in and much more content you should check out if you are interested in outer space and high-tech devices and networks.

My life-long dream has been to test out every gadget on the market! Considering the fact that I've rapidly destroyed almost every gadget I've had so far, I'm not inclined to owning something, so my ideal outcome would be to have a different gadget each month. I'm really into smartphones, wearables and tablets and I love Playstation and Xbox, I'm sure I'll beat you at your own game (after a month of training... or two)
Previous Apple OS X 10.10 Yosemite to be released in October alongside Retina MacBook
Next Google/Youtube reportedly confirmed to be purchasing Twitch

Space elevator to launch in 2050

Sony’s Shuhei Yoshida talks about the future of Project Morpheus

There has been a lot of talk about Sony Entertainment’s Project Morpheus VR these last few ...