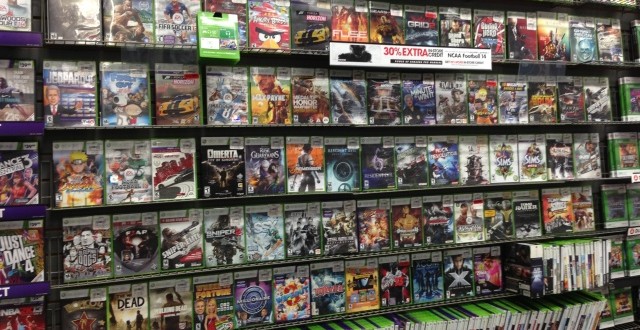 The Steam and Good Old Games Summer Sales have ended for some time now, but there are always great deals around if you look close enough. GameStop are currently holding their own Summer Sale and are offering some considerable discounts for a lot of games as well as console bundles. The best deal by far at the moment seems to be the Mass Effect Trilogy PC, which can be purchased for only 10 bucks. There is no mention on whether or not the bundle includes any DLCs so we’ll have to assume that it doesn’t. But this is an incredible deal nevertheless and will be available until August 11th when the PC Summer Sale ends. As a side note, you’ll need a working Origin account and the client must be installed on your system in order to play the games. Aside from the Mass Effect Trilogy, the sale also offers the following great PC deals:

These are just a few of the cheap games currently found on GameStop, but there are many, many more. Some of them, like Assassin’s Creed IV Black Flag and Call of Duty: Black Ops 2 for example also include DLCs. This Summer Sale is not only about PC however as GameStop also features a console oriented sale that last until August 17th. During this period you will not only be able to buy cheap games, but console bundles as well. Some of these bundles include:

The sale also offers you the option of building your custom console bundle, but you’ll only be able to add two free games. All in all, there are plenty of great deals for everyone here so it’s definitely worth checking out.

I’m Load The Game’s co-founder and community manager, and whenever I’m not answering questions on social media platforms, I spend my time digging up the latest news and rumors and writing them up. That’s not to say I’m all work and no fun, not at all. If my spare time allows it, I like to engage in some good old fashioned online carnage. If it’s an MMO with swords and lots of PvP, I’m most likely in it. Oh, and if you’re looking to pick a fight in Tekken or Mortal Kombat, I’ll be more than happy to assist! Connect with me by email markjudge (@) loadthegame.com only
@@MarkJudgeLTG
Previous ESPN looking to broadcast more esports following the success of The International 4
Next Reports indicate Microsoft has two new smartphones ready to launch