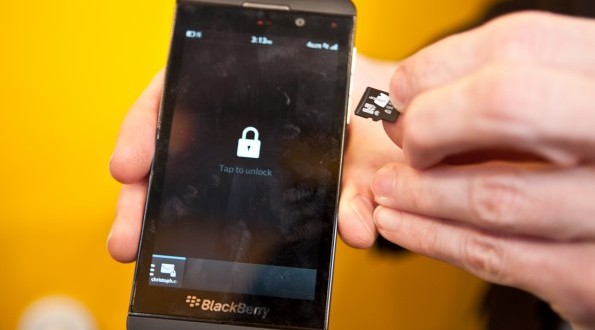 Years later than we expected, BlackBerry finally purchased a company that produces voice encryption chips for mobile phones. Everyone expected the relationship between the two companies to evolve, considering Secusmart provided encryption chips for BlackBerry for some time now. The German company worked with the government as well, along with other companies that wanted the best security when it comes to mobile communications. As mobile security moved to another level, pushing technology to reach areas like fingerprint and retina scanners, many companies decided to partner or purchase security companies in their struggle to develop the best smartphones. So why should BlackBerry do any less?

BlackBerrys were the best smartphones in the world years ago, when competition was almost non-existent, but when Apple finally introduced its iPhones, the market was too little for both smartphones. Apple geared-up the iPhones with the best, well, everything, including security, which sounded very appealing compared to BlackBerrys. Back then, BlackBerry fans expected a purchase such as this to trust the smartphone’s reliability, but as BlackBerry hesitated this much, Android smartphones were launched, all featuring updated mobile security systems and stole the spotlight from the once popular smartphone.

Even if the deal was made years too late, purchasing Secusmart was indeed a smart move. Jack Gold, principle at J. Gold Associates said this was a great idea, because this purchase gives BlackBerry voice call security, a feature it didn’t have until now. BlackBerry was always concerned about protecting private data, even if it didn’t invest as much as other companies in this particular area. Along with the security system it already has, the BlackBerry will be definitely improved thanks to the call security Secusmart ensures.

“While the enhanced data security is important, the Secusmart acquisition provides BB with a technology it currently doesn’t have and will be increasingly important. Secusmart provides a secure voice communications capability that no device vendors, including BB, currently address”, said Gold.

BlackBerry and Secusmart have been working together for many years. In 2012 Secusmart attended the CeBIT trade fair, and it was the first time the company was heard of. Finding out about their close relationship with BlackBerry, everyone got the impression a perfect match was about to be made. Unfortunately nothing happened until now, so even if BB finally decided to make a move, many believe it’s a bit too late if the company wants to become a leader of the market once again.

I’m Load The Game’s co-founder and community manager, and whenever I’m not answering questions on social media platforms, I spend my time digging up the latest news and rumors and writing them up. That’s not to say I’m all work and no fun, not at all. If my spare time allows it, I like to engage in some good old fashioned online carnage. If it’s an MMO with swords and lots of PvP, I’m most likely in it. Oh, and if you’re looking to pick a fight in Tekken or Mortal Kombat, I’ll be more than happy to assist! Connect with me by email markjudge (@) loadthegame.com only
@@MarkJudgeLTG
Previous Apple upgrades the MacBook Pro line
Next Tom Clancy’s The Division has you starting your adventure in a Green Zone