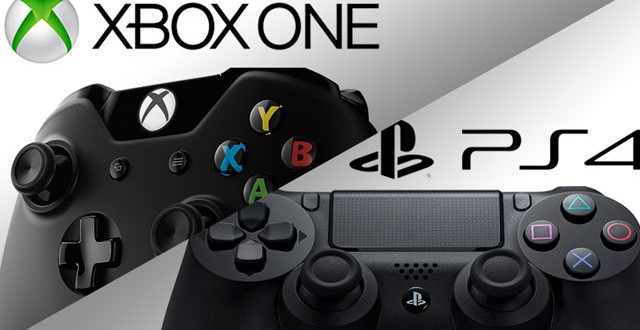 Sony Entertainment revealed its financial report for the first quarter of 2014, which began in April and ended on June 30. The results were rather surprising, but perhaps not completely unexpected. The company’s revenue from games saw an increase of 95.7 percent compared to the first quarter of 2013. Sony’s Games and Network Services branch managed to generate no less than 257.5 billion Japanese Yen, which is the equivalent of about 2.5 billion US dollars. Sony says that the PS4 can take credit for a large portion of this revenue. The console undoubtedly had a very successful launch and is continuing to sell very well even now. Needless to say, this means that PS4 games are also selling very well and it’s a good thing too because PS3 consoles and games have sold poorly as of late.

The financial report also reveals that the PS4 and PS3 combined sold more than 3.5 million units in the first quarter. Sony didn’t say how many units were sold separately, but these numbers help us make a comparison with their rival. Microsoft also disclosed their earnings for Q1 earlier this month and it turns out that the Xbox 360 and Xbox One combined only managed to sell 1.1 million units. This means that Sony sold more than three times as many consoles as Microsoft in the first quarter which is quite impressive. I mentioned above that the results were rather surprising and this is because lately Microsoft took a lot of steps in order to make sure that the Xbox One will eventually catch up with the PS4.

A few of these steps include: releasing a Kinect-less Xbox One, confirming that monthly updates will continue at least until October, and implementing many of the features demanded by users among others. While Microsoft is definitely on the right track here, it seems that it’s not quite enough. The company announced earlier that sales of the Xbox One have more than doubled since the Kinect was dropped, but apparently they’re still not even close to the sales of the PS4. Meanwhile, Sony received many complaints from their community this month and it looked like they were losing customers for a while there. However, they too have started being more active with the release of updates and the implementation of new features as of late in order to make their fans happy again.

The bottom line is that Sony seems to be selling consoles regardless of what they do, or don’t do while Microsoft keeps lagging behind even though it’s clear that they’re genuinely trying. But perhaps they need to try even harder. In any case, for now the PS4 is clearly winning the console wars against the Xbox One, and that probably wont change any time soon.

I’m Load The Game’s co-founder and community manager, and whenever I’m not answering questions on social media platforms, I spend my time digging up the latest news and rumors and writing them up. That’s not to say I’m all work and no fun, not at all. If my spare time allows it, I like to engage in some good old fashioned online carnage. If it’s an MMO with swords and lots of PvP, I’m most likely in it. Oh, and if you’re looking to pick a fight in Tekken or Mortal Kombat, I’ll be more than happy to assist! Connect with me by email markjudge (@) loadthegame.com only
@@MarkJudgeLTG
Previous F1 2014 revealed but won’t release on next generation consoles
Next Destiny raids can only be played with friends