Breaking News
Home » NEWS » Beyond Good and Evil 2 is still in the works, but no release date yet 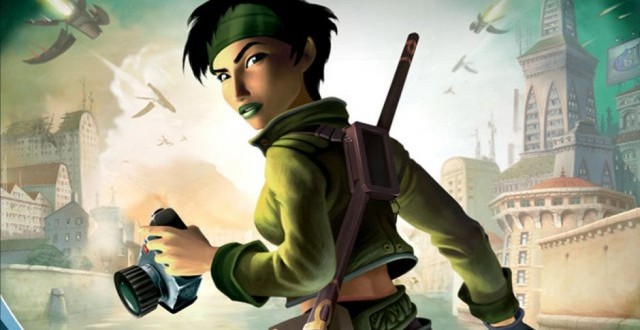 Beyond Good and Evil 2 is still in the works, but no release date yet

People have been asking for ages for a sequel to Ubisoft’s highly acclaimed action-adventure title, Beyond Good and Evil. The company stated on more than one occasion that Beyond Good and Evil 2 is happening, but not a whole lot of details were given thus far. The original game was first released back in 2003 for the PS2, Xbox, GameCube and PC while a remastered version was launched in 2011 for Xbox Live and the PSN. Ideally, we would like the sequel to come out on current gen, but it’s perhaps too early to say if this will be the case. What we do know however is that the creator of Beyond Good and Evil, Michael Ancel has started his own studio and is currently working on a new title. But at the same time, Ancel is also continuing his work at Ubisoft and is reportedly leading the development of a game that’s “very close to his heart”. One can only assume that this game is Beyond Good and Evil 2.

“We are fortunate to have some of the industry’s finest talents, including Michel Ancel, working with us at our studio,” Ubisoft’s Xavier Poix told Eurogamer. “In addition to spending some of his time on this new venture, Michel is leading the creative development of select projects at Ubisoft Montpellier, including an extremely ambitious new title that is very close to his and the team’s heart.” He then went on to pretty much confirm that this new title is indeed Beyond Good and Evil 2.

“In many ways, BG&E is an inimitable game – it appeals to all generations of gamers and is an inspiration behind many of Ubisoft Montpellier’s past and future games. It’s still far too early to give many details about this new title, but what we can say is that while Michel and the team at Ubisoft Montpellier are working with the core tenets of BG&E, they’re developing something that aspires to push past the boundaries of a proverbial sequel and leverages next-gen technologies to deliver a truly surprising, innovative and exceptional game. The entire team is excited about the direction this extremely ambitious project is taking, and we’ll have more to share later, as it progresses,” Poix said.

These statements certainly sound promising, but unfortunately he didn’t mention when Beyond Good and Evil 2 will be released. Ubisoft have been talking about the game for about six years already and we still haven’t heard any solid details yet. Hopefully the company will be kind enough to reveal something more about it sooner rather than latter.

I’m Load The Game’s co-founder and community manager, and whenever I’m not answering questions on social media platforms, I spend my time digging up the latest news and rumors and writing them up. That’s not to say I’m all work and no fun, not at all. If my spare time allows it, I like to engage in some good old fashioned online carnage. If it’s an MMO with swords and lots of PvP, I’m most likely in it. Oh, and if you’re looking to pick a fight in Tekken or Mortal Kombat, I’ll be more than happy to assist! Connect with me by email markjudge (@) loadthegame.com only
@@MarkJudgeLTG
Previous Verizon’s variant of the LG G Pad 8.3 LTE gets Android 4.4.2 KitKat update
Next Call of Duty Ghosts Nemesis DLC coming August 5th