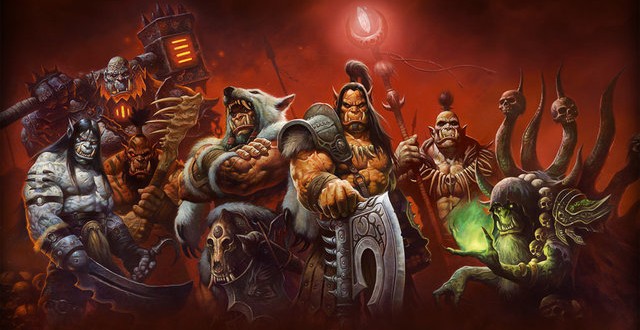 Blizzard announced earlier that World of Warcraft fans will be in for a real treat on August 14th when the Warlords of Draenor premier event is scheduled to take place. The event begins at 9:30 PM PDT and will feature a live interview with some of the developers. The interview will be streamed straight from the Ace Theater in Los Angeles. It’s no coincidence that Blizzard chose a theater as the location for the event as they will need the big screen in order to unveil in style the Warlords of Draenor cinematic. The company is famous for creating some of the best cinematics in the industry and have been doing this for more than 10 years now. The Warcraft 3 cinematics are the main reason why I replayed the game and its expansion so many times over the years, but that’s a story for another time.

The event will also provide Blizzard with a great opportunity to announce Warlords of Draenor’s release date. This will presumably be done sometime during the live interview. Speaking of the interview, the hosts will include popular Blizzard figures such as Mike Morhaine and Chris Metzen, as well as designers Ion Hazzikostas and Brian Holinka. Aside from the cinematic, attendants will also be able to view the first episode of a new animated lore mini-series entitled Lords of War at the event. No further details have been given, but the title suggests that this series might be related in some way to Warlords of Draenor. We’ll just have to wait and see. Finally, Blizzard says that anyone able to travel to L.A. for the event will receive a Beta key. They also mention a couple of other things that participants need to keep in mind.

“Doors open at 8:30 a.m. Seating is limited and will be available on a first-come, first-served basis, so be sure to get there early! Beta keys will be given out to everyone who comes down for the live event.”

“Please note: World of Warcraft is rated T for Teen; some content on display at the event may not be suitable for children ages of 12 or younger. Anyone 12 years of age or under must be accompanied by an adult.”

In case you can’t make it to the event, but want to see the whole thing you’re in luck because Blizzard has your back. You can watch everything that’s happening in L.A. live on the official World of Warcraft website.

I’m Load The Game’s co-founder and community manager, and whenever I’m not answering questions on social media platforms, I spend my time digging up the latest news and rumors and writing them up. That’s not to say I’m all work and no fun, not at all. If my spare time allows it, I like to engage in some good old fashioned online carnage. If it’s an MMO with swords and lots of PvP, I’m most likely in it. Oh, and if you’re looking to pick a fight in Tekken or Mortal Kombat, I’ll be more than happy to assist! Connect with me by email markjudge (@) loadthegame.com only
@@MarkJudgeLTG
Previous Mortal Kombat X leaked images confirm that Kano will return as a playable character
Next Wasteland 2 pushed back until early September