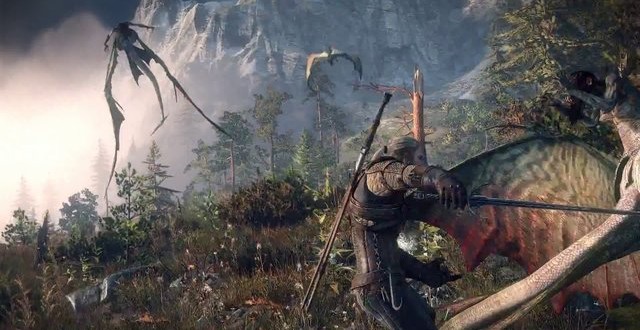 Following the DirectX 12 unveiling at GDC 2014 Microsoft was heard saying on more than one occasion that this new collection of APIs will help improve the performance of the Xbox One. Developers will presumably be able to create richer scenes with more objects and make more efficient use of the console’s GPU. But can DirectX 12 also help with the resolution? It’s well known fact that devs have a harder time making games run at 1080p on the Xbox One than on its rival, the PS4. Well, according to CD Projekt Red’s Balazs Torok, the collection of programming interfaces will not help their upcoming game, The Witcher 3 reach 1080p resolution on Microsoft’s console.

“I think there is a lot of confusion around what and why DX12 will improve. Most games out there can’t go 1080p because the additional load on the shading units would be too much. For all these games DX12 is not going to change anything,” Balazs explained in an interview with GamingBolt. “They might be able to push more triangles to the GPU but they are not going to be able to shade them, which defeats the purpose. To answer the first question, I think we will see a change in the way graphics programmers will think about their pipelines and this will result in much better systems hopefully.”

However, there is also some good news for Xbox One owners hoping to play The Witcher 3 at 1080p resolution. The June SDK update together with the removal of the Kinect sensor has opened up new opportunities for developers. More specifically, additional processing power has been freed up, which results in a GPU performance increase of up to 10%. Developers like Bungie are already taking advantage of this as they managed to have Destiny reach 1080p on the Xbox One. Ideally, CD Projekt Red will also manage this feat with The Witcher 3. The studio said earlier this year that they’re working hard on having the game run at 1080p on all platforms. While they can already do it with the PS4, they are still having some problems with the Xbox One but CD Projekt Red believes they will succeed by the time the game comes out. Naturally, The Witcher 3 will run at high resolution on the PC as well, if your machine can handle it that is.

The Witcher 3: Wild Hunt will be released February 24th for PS4, Xbox One, and the PC.

I’m Load The Game’s co-founder and community manager, and whenever I’m not answering questions on social media platforms, I spend my time digging up the latest news and rumors and writing them up. That’s not to say I’m all work and no fun, not at all. If my spare time allows it, I like to engage in some good old fashioned online carnage. If it’s an MMO with swords and lots of PvP, I’m most likely in it. Oh, and if you’re looking to pick a fight in Tekken or Mortal Kombat, I’ll be more than happy to assist! Connect with me by email markjudge (@) loadthegame.com only
@@MarkJudgeLTG
Previous Details on the new Resident Evil title coming soon according to leaker
Next Windows smartwatch design leaked