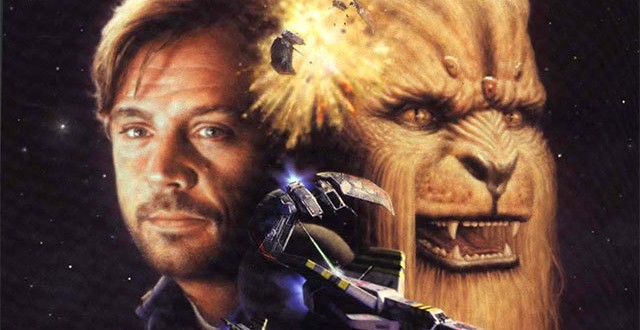 Wing Commander 3: Heart of the Tiger is currently free on Origin

Origin’s “On the House” program offers a great way for people to experience games – both old and new – absolutely for free. There is no catch whatsoever so all you need is an Origin account to start downloading and playing. This time around Electronic Arts is offering an oldie but goodie in the form of 1994’s Wing Commander 3: Heart of the Tiger. Coincidentally, the developer and publisher of this game goes by the name of Origin Systems and the designer is none other than Chris Roberts. The legendary director is famous for working on several space simulators including the Wing Commander series, Starlancer, Freelancer and of course, Star Citizen.

Wing Commander was a huge success back in the day as some of you probably remember. Wing Commander 3: Heart of the Tiger is a glimpse into the past if you will, and brings us back to a time when gaming was very different. As mentioned, you can grab the game absolutely for free, no strings attached. However, it will only be available for a limited time so you should probably go ahead and download it now just to be safe. For those of you not exactly fascinated by the prospect of playing a 1994 space sim know that Origin offers a wide variety of games “On the House” so you’ll bound to find something you like at some point. Past free titles include Plants vs Zombies, Battlefield 3, Peggle, and the original Dead Space.

There is definitely something for everyone, but for now only Wing Commander 3: Heart of the Tiger is available. EA also has another interesting program on Origin called “Game Time.” This doesn’t allow you to keep the game like “On the House” does, but you can play it free of charge for a limited time. Game Time was only available once until now as for as I know and it featured free Titanfall for 48-hours.

I’m Load The Game’s co-founder and community manager, and whenever I’m not answering questions on social media platforms, I spend my time digging up the latest news and rumors and writing them up. That’s not to say I’m all work and no fun, not at all. If my spare time allows it, I like to engage in some good old fashioned online carnage. If it’s an MMO with swords and lots of PvP, I’m most likely in it. Oh, and if you’re looking to pick a fight in Tekken or Mortal Kombat, I’ll be more than happy to assist! Connect with me by email markjudge (@) loadthegame.com only
@@MarkJudgeLTG
Previous Top 5 Android Games to play – August 2014
Next Evolve is the latest game to be delayed until 2015