Breaking News
Home » MMORPG » Destiny will undergo some tweaks following the Beta, but nothing major 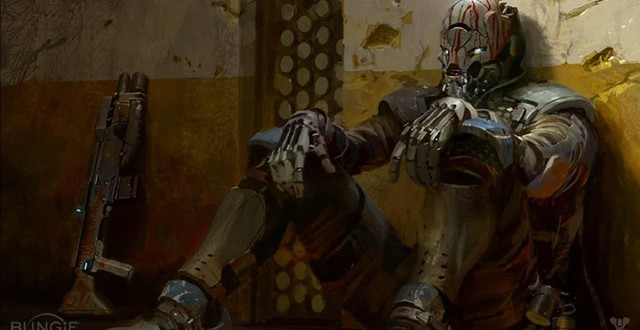 Destiny will undergo some tweaks following the Beta, but nothing major

Destiny’s Beta was off to a rocky start last month with a lot of the players complaining about the length of some of the missions and the fact that there will only be one explorable location per planet. Add to this the technical issues – especially on the Xbox One – and it looked like the game wouldn’t live up to all the hype for a while there. But after the dust settled and the problems were fixed, most players found that Destiny is actually a very enjoyable game and the Beta ended up being a huge success. As such, publisher Activision feels that the base formula is pretty solid and are not planning any major changes. However, there will be a few tweaks here and there as well as some optimization before the final game comes out this September.

“It was certainly a very successful beta, both creatively and technologically,” said Activision CEO Eric Hirshberg during the latest earnings call. “It was the biggest beta of this generation of consoles and the biggest beta ever for a new IP, so we were able to test everything at scale and everything held up well. I don’t think it’s an overstatement to say that feedback was nearly universally positive. That said, as you might imagine, we learned a lot by watching players engage with the game and hearing their feedback,” he continued. “Bungie is now making tweaks to optimize the game and they actually did so after the alpha as well, so that’s going to be, I think, an ongoing process to make it a better experience and nothing is more important to us or to Bungie than delivering a great experience to our community and the beta certainly helped us do that.”

Hirshberg went on to say that Destiny will not undergo any major changes as feedback from the 4.6 million Beta participants proved that the fundamentals are very strong. Naturally, the game will evolve over time and we can expect lots of new content to be added post-launch. This will presumably include some new, still unannounced activities as well as additional locations to explore. We can also expect new gear and missions at some point. But the bottom line is that no matter what new content will end up being added, the final game will be essentially be very similar to what we saw in the Beta. Destiny will be released on September 9th for PS3, PS4, Xbox 360, and Xbox One.

I’m Load The Game’s co-founder and community manager, and whenever I’m not answering questions on social media platforms, I spend my time digging up the latest news and rumors and writing them up. That’s not to say I’m all work and no fun, not at all. If my spare time allows it, I like to engage in some good old fashioned online carnage. If it’s an MMO with swords and lots of PvP, I’m most likely in it. Oh, and if you’re looking to pick a fight in Tekken or Mortal Kombat, I’ll be more than happy to assist! Connect with me by email markjudge (@) loadthegame.com only
@@MarkJudgeLTG
Previous World of Warcraft loses subscribers again, down to 6.8 million now
Next Battlefield 4 gets another CTE patch featuring bug fixes and optimizations