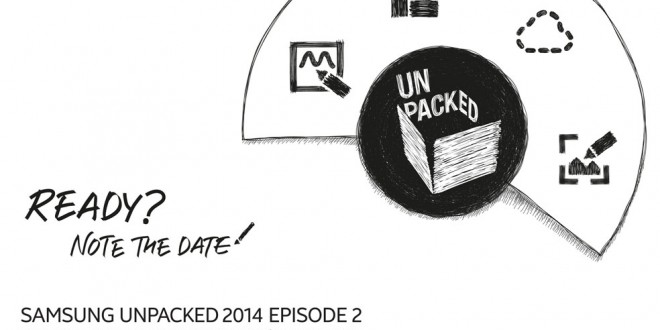 As of this writing, the Samsung Galaxy Note 4’s official announcement is less than a month away. The Korean company already sent out invites for the Unpacked event, which is scheduled to take place simultaneously in Berlin, Beijing, and New York on September 3rd. Now, Samsung didn’t actually confirm that the Galaxy Note 4 will be revealed at the event but they definitely hinted that it will. The invites contain the message “Note the Date!” so I think it’s pretty obvious. Moreover, multiple reports have suggested that the phablet will be unveiled on September 3rd and it looks like these were more that just rumors for once. On the other hand, many sources claimed that Samsung will announce the device at the Berlin IFA Trade Show, but it looks like they decided to do it shortly before the event kicks off instead.

Now that we know when the Samsung Galaxy Note 4 will make its first appearance, let’s talk a bit about some of its specs. Naturally, nothing was confirmed by Samsung themselves yet, but we have a pretty good idea on what to expect thanks to various leaks from reliable sources. The device will not grow any bigger this year so we’ll be looking at a 5.7-inch display yet again, albeit with a much better resolution of 1440 x 2560 pixels. On the hardware side, we can expect to find two variations, similar to the Galaxy Note 3. One of them will pack an Exynos 5433 octa-core @ 1.3 GHz processor while the other will sport the Qualcomm Snapdragon 805 quad-core running at 2.45 GHz. The Samsung Galaxy Note 4 also comes equipped with 3GB of RAM, 13MP primary camera with optical image stabilization, 3.68 MP secondary shooter, and 32 GB internal storage memory with microSD support.

In regards to some of its features, there have been rumors that the device will come equipped with a Retina Scanner and Ultra Violet sensor. We’re also likely to find a heart rate monitor, finger print reader, and of course, the S Pen Stylus. The Samsung Galaxy Note 4 will pack many more features, but these seem to be the highlights from what we can tell. As for its release date, word on the street is that the phablet will begin mass production this month in preparation for a September launch. It’s a bit too soon perhaps, but rumor has it that Samsung is not all that happy with the sales of the Galaxy S5 and they want to make up for it by launching the Samsung Galaxy Note 4 early.

I’m Load The Game’s co-founder and community manager, and whenever I’m not answering questions on social media platforms, I spend my time digging up the latest news and rumors and writing them up. That’s not to say I’m all work and no fun, not at all. If my spare time allows it, I like to engage in some good old fashioned online carnage. If it’s an MMO with swords and lots of PvP, I’m most likely in it. Oh, and if you’re looking to pick a fight in Tekken or Mortal Kombat, I’ll be more than happy to assist! Connect with me by email markjudge (@) loadthegame.com only
@@MarkJudgeLTG
Previous Billions of credentials stolen by Russian hacking ring
Next World of Warcraft loses subscribers again, down to 6.8 million now