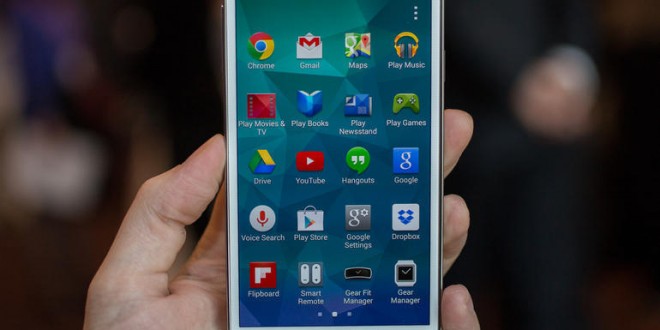 Samsung Galaxy Alpha to be released this year

Along with the latest rumors about the Note 4 being released on September 3rd, here comes another one suggesting the better Galaxy S5 dubbed Alpha, is also hitting the market this year. Not that the Galaxy S5 has grown old and outdated, but Samsung is definitely planning to maintain its place on the market as one of the giants. The Galaxy S5 is truly remarkable, and truth be told, there aren’t many smartphones capable to compete with it, so why is Samsung so eager to have two flagships on the market? The question would be, why not? As long as there are those who want to have whatever is new on the market, Samsung has all the chances to become the world leader.

The only issue about the Galaxy S5, along with other Samsung devices, is the plastic body, which compared to the iPhone 5 and HTC’s One M8 looks somewhat cheap. It’s also true HTC surpasses Samsung in terms of screen resolution, as the G3 comes geared-up with a QHD screen while the S5 features only a Full HD display. As you noticed, if we compare the S5 with one of these devices, mentioning nothing but the build and displays, well yes, Samsung is hardly a threat. Perhaps this is another reason the South Korean company is working on a new, better device. The Galaxy Alpha, also known as Galaxy Prime, is rumored to cover-up all the flaws its predecessor has, meaning the plastic body will be replaced with a premium designed chassis and the screen will have a better resolution.

Copying the rivals from Apple, it’s rumored Samsung is preparing two different variants of the Galaxy Alpha. Of course, nothing is known for certain, because until Samsung comes forward with an official announcement things may change. Rumors suggested a Galaxy S5 F and a Galaxy Alpha will be introduced as the two different, better versions of the Galaxy S5. Apart from a better build and a higher screen resolution, both still uncertain, nothing else is known. Regarding the possible launch date, still, nothing is known, only a few rumors that state Samsung may be preparing an official release in August, but as rumors also stated the grand launch will take place sometime in June or July, we tend to believe Samsung won’t eventually release anything this month. Perhaps in September?

A new rumor suggested Samsung will only announce the Alpha in September, so the big launching date will have to be later. Even if waiting until next year to get our hands on the Galaxy Alpha sounds disappointing, the fact that Samsung seems to be struggling with building the device is worse. It would seem increasing the screen resolution is harder than they thought, so building the Galaxy Alpha with a QHD display won’t be that easy. Apart from that, Samsung is also having problems building the all-metal chassis, so this might take some extra time for the development team to make the smartphone. The fact that Samsung failed to improve its flagship until now is not what we expected, the Galaxy Alpha will be released this year no matter what.

I’m Load The Game’s co-founder and community manager, and whenever I’m not answering questions on social media platforms, I spend my time digging up the latest news and rumors and writing them up. That’s not to say I’m all work and no fun, not at all. If my spare time allows it, I like to engage in some good old fashioned online carnage. If it’s an MMO with swords and lots of PvP, I’m most likely in it. Oh, and if you’re looking to pick a fight in Tekken or Mortal Kombat, I’ll be more than happy to assist! Connect with me by email markjudge (@) loadthegame.com only
@@MarkJudgeLTG
Previous Budget LG G3 with stylus pen expected to launch next month
Next Google purchased Emu, the Siri-like mobile app