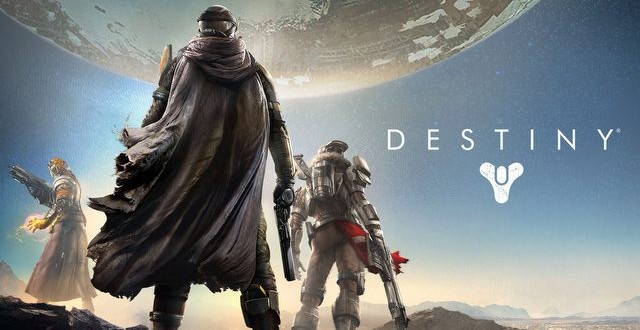 Destiny will be a 10-year project according to Bungie

With Destiny’s Beta now over, everybody’s counting the days until September 9th when the full game releases. While there have been some complaints regarding explorable locations and mission length, all in all the game is looking pretty solid. Bungie themselves revealed earlier this week that Destiny will not undergo any major changes following the Beta. However, there will be some tweaks and optimizations as well as lots of new content to be added post-launch. But we won’t be looking at just a couple of new locations and some more pieces of gear as Bungie has big plans for their upcoming title. Senior Environment Artist Jason Sussman revealed some very interesting details about the game in a recent interview with Gaming Bolt.

At one point during the discussions he was asked about expansion packs and if any possible new content will come for free or at a price. Sussman declined to comment but made another reveal instead. “We’re not necessarily talking about that, but what I can say is that it is a 10-year project and we’re definitely looking forward for the future,” he said. “Oh yeah, we’re definitely looking to keep growing the franchise, but we’re not really going into any details on that.” While he declined to give any further details it’s nice to hear that Bungie is confident in Destiny’s success. Destiny certainly isn’t the first MMO to promise us all sorts of great things, but let’s hope that it will be among the few that can actually deliver on that promise.

Elsewhere, the artist talks about a possible PC version of the game but doesn’t reveal anything new and just reiterates that Bungie is focusing only on the consoles at the moment. “But honestly we’ve been so focused on delivering the game on four consoles and it’s such an undertaking. It’s the most inclusive thing that the Bungie has been working on. We’ll see what the future holds, but for right now we’re focused on these four consoles.” Sad news for the glorious PC master race for now, but I think Bungie will eventually come around and release a PC version of Destiny as well. We also learned from the interview that there are currently no microtransactions in the game and hopefully they will keep it that way as that’s a business practice that ruined more than a few MMOs.

Destiny will be released on September 9th for PS3, PS4, Xbox 360, and Xbox One. Make sure to check out the full interview at the link provided above and stay tuned for more news and updates.

I’m Load The Game’s co-founder and community manager, and whenever I’m not answering questions on social media platforms, I spend my time digging up the latest news and rumors and writing them up. That’s not to say I’m all work and no fun, not at all. If my spare time allows it, I like to engage in some good old fashioned online carnage. If it’s an MMO with swords and lots of PvP, I’m most likely in it. Oh, and if you’re looking to pick a fight in Tekken or Mortal Kombat, I’ll be more than happy to assist! Connect with me by email markjudge (@) loadthegame.com only
@@MarkJudgeLTG
Previous Xbox One Digital TV Tuner for announced for Europe
Next Casey Hudson leaves Bioware, development of Mass Effect 4 well underway