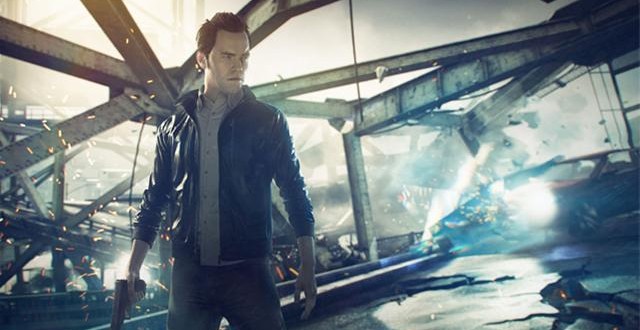 Quantum Break confirmed for Gamescom, demo will leave us “speechless”

Quantum Break is an upcoming Xbox One exclusive title currently in development by Remedy Entertainment. The game has received a fair amount of hype ever since it was announced back in 2013, but unfortunately we still haven’t seen a whole lot of it. Back at E3 we only got a few short glimpses of the actual gameplay and a promise that we’ll see more this summer. Well, summer is here and Gamescom is basically just around the corner at this point. Remedy not only confirmed that Quantum Break will be featured at the event, but even went as far as to say that the game’s demo will leave us speechless. Pretty big words there, but can the company back them up? If the few bits of footage showed at E3 are anything to go by, I would say that the demo will certainly manage to impress, however “speechless” might be a bit of an exaggeration.

@MrXBob Max got your tongue? #QuantumBreak demo will make you speechless.

In any case, we’re definitely eager to see the game in action and learn more about it. The company revealed that a Quantum Break TV series is also in production and it will tie in with the game somehow. Remedy claims that “how you play the game impacts the show, and the show informs how you play the game.” Sounds very intriguing, but I’m not sure how they can pull off something like that. We know that Quantum Break will be a mix of live-action videos and actual gameplay so I guess that must have something to do with it. Can’t figure out how that will affect the show though, especially if the game doesn’t have an online component. Hopefully Remedy will tell us more at Gamescom.

Aside from Quantum Break, there will be a few other major titles at Gamescom this year. Konami announced earlier that the highly anticipated Metal Gear Solid 5: The Phantom Pain will be there, and they also said that new gameplay footage will be showcased. Also, NetherRealm’s Ed Boon hinted that more details on Mortal Kombat X will be revealed at the event. We also suspect that a new character will be announced at Gamescom, just as the company used EVO 2014 to announce Raiden. Finally, Bioware keeps teasing us with some creepy looking footage that’s part of their latest project. They also hinted that more info will be revealed at the event so we’ll definitely keep our eyes and ears peeled as this new game seems very interesting.

Gamescom is schedule to take place in Cologne, Germany during 13-17 August. Stay tuned for more news and updates.

I’m Load The Game’s co-founder and community manager, and whenever I’m not answering questions on social media platforms, I spend my time digging up the latest news and rumors and writing them up. That’s not to say I’m all work and no fun, not at all. If my spare time allows it, I like to engage in some good old fashioned online carnage. If it’s an MMO with swords and lots of PvP, I’m most likely in it. Oh, and if you’re looking to pick a fight in Tekken or Mortal Kombat, I’ll be more than happy to assist! Connect with me by email markjudge (@) loadthegame.com only
@@MarkJudgeLTG
Previous Google purchased Emu, the Siri-like mobile app
Next Microsoft Windows Phone 8.1 Update brings new features