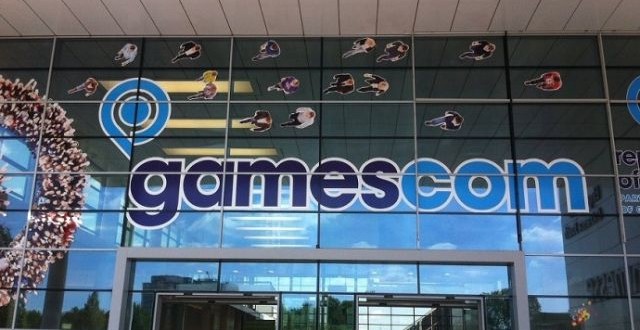 Gamescom 2014 will open its doors for everyone on Thursday, August 14th, although the event technically kicks off on Wednesday. While not as popular as E3, Gamescom is a very important event for the industry as well and we’re likely to see some juicy reveals this year. We figured a list of 10 anticipated games expected to be featured at the event would be helpful in order to prepare us for the said reveals. Some of these titles are no-brainers and the fact that they will be present at Gamescom isn’t likely to surprise anyone. However, there are one or two less known games that seem very promising so we included them as well because we believe they can offer something new and refreshing. Without further ado, here are the 10 games we are most eager to see at Gamescom 2014.

This game is so highly anticipated that Konami and Hideo Kojima decided to create a special event entirely dedicated to it at Cologne’s Musical Dome on August 13th. Kojima himself will host it and reveal brand new gameplay footage aimed at showcasing the capabilities of the Fox Engine. There will also be a few surprises in store for MSG fans so be sure to attend the event if you can make it to Cologne. Metal Gear Solid 5: The Phantom Pain will be released early 2015 for Xbox 360, Xbox One, PS3, and PS4. Rumor has it that the game will come out March 17th, but this was not confirmed by Konami so take it with a grain of salt.

Developer Sledgehammer Games is starting the party a bit early by revealing details on the Call of Duty: Advanced Warfare multiplayer later today, and you can watch it live on the official website. Given that Gamescom is just a few short days away, we expect that this reveal is just meant to give us a taste of things to come and that the game will likely be playable for those able to make it to Germany this year. Call of Duty Advanced Warfare will be released on November 4th for PC, PS3, PS4, Xbox 360, and the Xbox One.

Most of us expected to hear more about Quantum Break back at E3, but unfortunately all we got was a short teaser and a promise. The promise was that we’ll finally get to see a demo at Gamescom along with more details regarding the upcoming title. Moreover, Remedy Games recently stated that the demo will leave us “speechless” so we’re definitely excited to see the game in action. Quantum Break is an Xbox One exclusive scheduled to be released sometime next year.

The latest Mortal Kombat installment seems to be the best one to date, which is saying quite a lot considering that Mortal Kombat 9 was also very good. Creative Director Ed Boon confirmed that we will learn more about it at Gamescom, and we speculate that a new character will be revealed as well. However, a recent leak indicates that Kano will be the next fighter to join the Mortal Kombat X line-up so maybe that was meant to be the big reveal. We’ll just have to wait and see. Mortal Kombat X will be released next year for PS3, PS4, Xbox 360, Xbox One, and the PC.

Ready at Dawn already presented a demo for The Order: 1886 at E3 and they also announced the release date along with other important details during the event. While we’re unlikely to find out a whole lot more about the upcoming title at Gamescom, we are definitely eager to see it in action again. There have been quite a few complaints coming from players regarding all the quick time events so let’s hope they’re working on decreasing their number. The Order: 1886 is a PS4 exclusive title scheduled to be released on February 20th, 2015.

Bioware has teased their mysterious new project through a series a very creepy trailers these last few weeks. The name Shadow Realms comes from a leak so we advise you to take it with a grain of salt until the company actually confirms it. Fortunately, Bioware announced that more details will be revealed at Gamescom so we’re likely to learn the actual name very soon. There are no details at this time regarding Shadow Realms’ release date or platform availability.

Until Dawn is an upcoming horror title originally developed for the PS3 by Supermassive Games. Publisher Sony later announced that there was a change of plans and now the game will be a PS4 exclusive. There are very few details regarding this title, but it somehow managed to gather a lot of hype regardless. The reason for this might be that it will be possible for you to use the PlayStation Move as a flashlight in the game, which seemed pretty interesting when they first presented the mechanic.

Recently pushed back until 2015, Evolve was initially scheduled to come out on October 21st. Turtle Rock Studios only revealed two monsters until now, but said that more will follow at some point. We hope that the studio will announce yet another monster at Gamescom, just as they announced Kraken back at E3. But even if they don’t, the game will still probably receive a lot of attention at the event and we’re pretty much certain that attendants will be able to play it. Evolve will be released on February 10th for PS4, Xbox One, and the PC.

This game got first place on our list of top 10 new IPs featured at E3 so we’re clearly very excited to hear more about it. Bloodborne is a spiritual successor to Dark Souls and is being developed by the very same folks at From Software. The devs kept the successful formula intact and added some more features to the mix along with improved visuals over its predecessor. So what’s not to like? A specific release date might be announced at Gamescom, but for now we just know that Bloodborne will be released early 2015 for the PS4.

Piranha Bytes offered us some truly unforgettable experiences with Gothic, Gothic 2 and the original Risen. Gothic 3 and Risen 2 were clearly a step back, but they were more or less enjoyable nevertheless. Risen 3 on the other hand seems to be truly epic from the footage we’ve seen so we’re very excited to get our hands on it. This game will be a very big deal at Gamescom as Piranha Bytes is a German developer so they’ll likely use the event to advertise their latest title. And we’re definitely ok with that. The more we learn about it, the better. Risen 3: Titan Lords will released on August 15th for PS3, Xbox 360, and the PC.

Naturally there will be A LOT more titles to feast our eyes upon at this year’s Gamescom. Honorable mentions include: Dragon Age: Inquisition, Battlefield Hardline, Farcry 4, The Evil Within, Lords of the Fallen, The Witcher 3: Wild Hunt, Assassin’s Creed Unity, and many more. What do you guys think about our list? And more importantly, which games are you most excited to see at Gamescom?

I’m Load The Game’s co-founder and community manager, and whenever I’m not answering questions on social media platforms, I spend my time digging up the latest news and rumors and writing them up. That’s not to say I’m all work and no fun, not at all. If my spare time allows it, I like to engage in some good old fashioned online carnage. If it’s an MMO with swords and lots of PvP, I’m most likely in it. Oh, and if you’re looking to pick a fight in Tekken or Mortal Kombat, I’ll be more than happy to assist! Connect with me by email markjudge (@) loadthegame.com only
@@MarkJudgeLTG
Previous FUN’IKI Ambient smart glasses launched in Japan
Next New Dead Island 2 gameplay trailer is jam packed with blood and gore