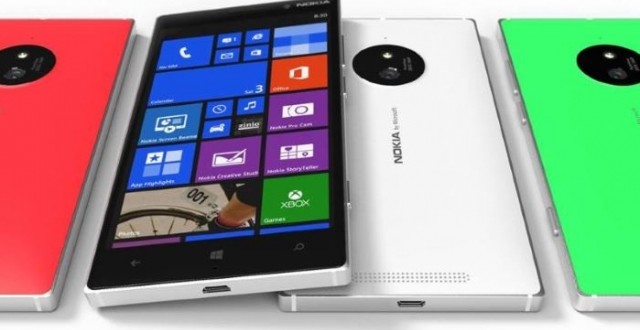 We are well aware that the Samsung Galaxy Note 4 will steal the show at the IFA 2014, but that’s not the only device to be featured there you know. Several other manufacturers will also be there to present their latest products and one of them will be Nokia, or should we say Microsoft? The tech giant acquired the Finnish company’s mobile division earlier this year and rumor has it that there will be some serious rebranding going on soon. But we’ll talk about that later. We mentioned all of this because Microsoft has sent invites for the show earlier and they hint at an upcoming device presumably called Nokia Lumia 830. 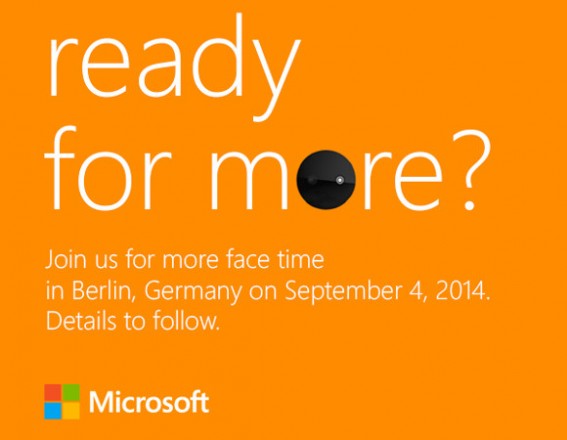 You might be asking “well, how did you arrive at that conclusion?” That’s a very good question. As fate would have it, we reported last month about a leaked handset featuring a camera that looks just like the “O” from the invite. This device is said to go by the name of Nokia Lumia 830. Remember that we mentioned something about rebranding? Well, the phone has “Nokia by Microsoft” written on it and it is believed that the Lumia 830 will be the first handset to feature this new brand. So basically, Nokia will be replaced with Nokia by Microsoft on all future devices. But that it just a rumor at the moment so we advise you to take it with a grain of salt.

We don’t have any confirmed details regarding the Nokia Lumia 830 so all we know comes from the leaked photo. The image revealed that this upcoming smartphone will feature a 13MP PureView camera with Zeiss optics and what looks to be a polycarbonate back cover with an aluminum frame. Pretty much all other details are unknown at this time so we’ll have to wait until the IFA Trade Show to see what this Nokia by Microsoft Lumia 830 is all about.

I’m Load The Game’s co-founder and community manager, and whenever I’m not answering questions on social media platforms, I spend my time digging up the latest news and rumors and writing them up. That’s not to say I’m all work and no fun, not at all. If my spare time allows it, I like to engage in some good old fashioned online carnage. If it’s an MMO with swords and lots of PvP, I’m most likely in it. Oh, and if you’re looking to pick a fight in Tekken or Mortal Kombat, I’ll be more than happy to assist! Connect with me by email markjudge (@) loadthegame.com only
@@MarkJudgeLTG
Previous Mortal Kombat X: NetherRealms launches new Kano trailer
Next Live, die, conquer in Archeage