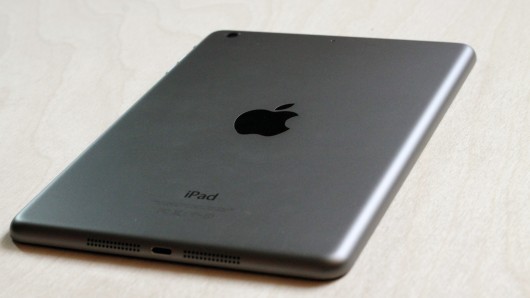 Apple is launching its new iPad and iPad Mini

Apple is preparing to reveal its newest iPads sometime this quarter, or at the beginning of the next, as Bloomberg suggested in a report. The production of the full-sized iPad has already begun, but as the same report stated, the company may have encountered some problems. The idea of a next quarter launch was backed-up by a statement that suggested Apple is preparing its new line of tablets with a new anti-reflection coating. Not that this was an actual problem, but the launching date could be delayed due to the new additions. The full-sized iPad will be a 9.7-inch tablet, meaning reading on it will be easier.

Apart from the bigger tablet, Apple is also planning to release a 7.9-inch iPad Mini with Retina display sometime at the end of this year. Even if Apple didn’t comment about a possible launch date, there is the possibility of a mid holiday launch. Along with the new line of iPads, Apple is also expected to introduce other devices around the same time. Some would say the company intents to overcrowd the market with a flood of Apple devices. Their most expected flagship is now almost ready to hit the shelves, so it’s needless to say that Apple is trying have a great year. The grand event scheduled on 9 September will come with the new iPhone 6, expected to be thinner and feature a bigger screen than the previous models.

The fact that Apple is revealing its new devices around the same time, or two months apart, doesn’t seem a good idea. Many analysts have already expressed their concern regarding a drop of  iPad sales, mostly because lately the demand for Apple devices has also dropped. Apple has met two quarters of declining sales, so bringing more devices on a market that’s already rejecting your products could only be considered a bold move. Even in Apple has indeed come face to face with decline, it still has more sales compared to its biggest rival, Samsung. Apple holds 27% of the world market, while Samsung barely reaches 17%. In conclusion, no matter how many Apple devices remain unsold, the tech giant has nothing to lose by launching more than two in only a couple of months.

I’m Load The Game’s co-founder and community manager, and whenever I’m not answering questions on social media platforms, I spend my time digging up the latest news and rumors and writing them up. That’s not to say I’m all work and no fun, not at all. If my spare time allows it, I like to engage in some good old fashioned online carnage. If it’s an MMO with swords and lots of PvP, I’m most likely in it. Oh, and if you’re looking to pick a fight in Tekken or Mortal Kombat, I’ll be more than happy to assist! Connect with me by email markjudge (@) loadthegame.com only
@@MarkJudgeLTG
Previous Leaked photo shows the backplate of the iPhone 6
Next Shadow Realms officially announced by Bioware at Gamescom 2014