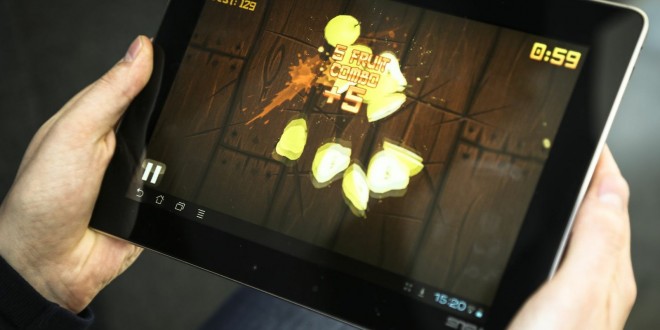 Ever since the era of Sci-Fi movies began, mankind was inspired by cinema’s titans like Star Wars or Star Trek where interacting with technology was conducted on a much more evolved level than the physical approach. Movies like these and our need for comfort dictated that we should develop our technology in such a manner that we replace buttons with simple motions of our body. Thus, we have invented Leap Motion, that allows interacting with the screen just by waving our hands and Kinect, a device engineered for games with its sole purpose of making them more interactive.

The fellows from The Eye Tribe are working day and night to bring visual control to your favorite devices. The project started in 2006, when the four founders of the company, Sune Alstrup, Javier San Agustin, Martin Tall and Henrik Skovasgaard met at the IT University of Copenhagen. Their dream was to bring eye tracking to devices at an affordable price, so they started their company in 2011. The company received $2.3 million from the Danish National Advanced Technology Foundation and $1 million from private European investors.

The device has been made easily portable, measuring in at 20 x 1.9 x 1.9 cm. and it doesn’t require a separate power source. With the addition of a USB 3.0, it is said to run on most computers and tablets. The Eye Tribe comes equipped with a camera that tracks even the smallest eye movement and a high-resolution infrared LED. Of course, similar to the Kinect, a calibration that utilizes computer-vision algorithms by taking images and analyzing them is required prior to using the device. The company set its goal to make their device a commodity that every household should benefit from. The Eye Tribe has been tested on games like Fruit ninja, where it has been shown that fruits can be cut with just a gaze. Also it has been tested on different programs such as web browsers and e-books, showing that the user can scroll through pages by simply staring at the screen. The device will also be used in security, by creating gaze-operating passwords.

Overall, The Eye Tribe seems to be a natural step towards the future of the PC and tablet technology and brings innovation and a more relaxing experience. This gadget can only be purchased from the company’s website at an affordable price of only $99.99 and comes with an SDK  so that developers learn how to code different programs that use this device, allowing more customization and many other uses for it . The 1st batch of shipments ended in February bringing $1 million to the company and they have resumed their delivery service in late June, this year. 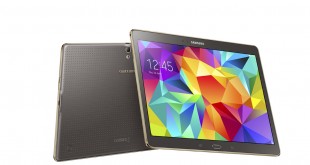 Nokia has launched its new Nokia N1 tablet with Android 5.0 Lollipop today at the ...