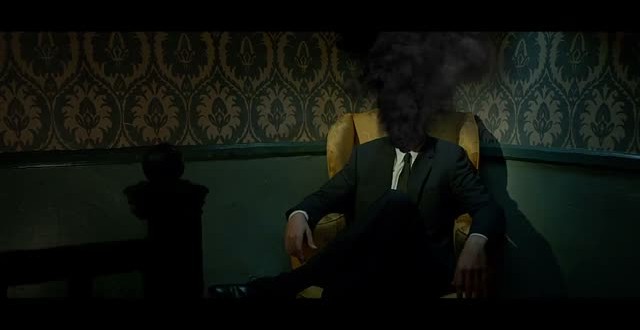 Bioware unveiled their new IP, Shadow Realms during EA’s press conference at Gamescom 2014. The developer teased us with short live-action videos for the last couple of weeks so we’re happy that we can finally see what all the fuss is about. Although the said teasers hinted at a pretty spooky game, they didn’t reveal its genre. Well, now we know that Shadow Realms will be an online only cooperative 4v1 RPG. The first thing that pops to mind is Evolve isn’t it? Granted, while Bioware’s upcoming game shares some similarities with Turtle Rock Studio’s title, there are plenty of differences between the two as well. Naturally, the biggest difference is that Shadow Realms is a story-driven RPG more akin to Dungeons & Dragons while Evolve is a co-op survival FPS.

“Shadow Realms has its genesis in old school Dungeons & Dragons,” said Bioware Lead Designer James Ohlen. “When I first started designing BioWare RPGs back in the 90s, what drove me creatively was the desire to give players the experience I had while playing pen and paper games as a youth. The great storytelling, the feeling that anything could happen – these were experiences that you couldn’t find in any other game. And the great thing was that these adventures never had an end. A good Dungeon Master could keep a story going for months or even years.” He goes on to say that Shadow Realms “is a game that finally fulfills that fantasy of a never-ending RPG where the players meet up regularly to keep their epic adventures going for as long as they want. All the enemies, traps and challenges are squarely in the hands of another player, who controls them just like a Dungeon Master. The monsters and villains are smart and unpredictable, making every battle a test of strategy and power. Best of all, everyone gets to enjoy a story that plays out like their favorite TV series, but where they decide the fates of its world and characters.”

The company also gave a few details in regards to the story of Shadow Realms. As hinted by all the teasers, players will take on the role of heroes who are just finding out that they have special powers. These chosen heroes will be recruited to battle against the Shadow Legions of Embra. Definitely sounds like something inspired by D&D. However, as opposed to a Dungeon Master, Bioware’s RPG has a Shadow Lord who must go up against the other four players. Shadow Realms will release exclusively for the PC in late 2015. If you want to sign up for the closed Alpha go this page.

I’m Load The Game’s co-founder and community manager, and whenever I’m not answering questions on social media platforms, I spend my time digging up the latest news and rumors and writing them up. That’s not to say I’m all work and no fun, not at all. If my spare time allows it, I like to engage in some good old fashioned online carnage. If it’s an MMO with swords and lots of PvP, I’m most likely in it. Oh, and if you’re looking to pick a fight in Tekken or Mortal Kombat, I’ll be more than happy to assist! Connect with me by email markjudge (@) loadthegame.com only
@@MarkJudgeLTG
Previous Apple is launching its new iPad and iPad Mini
Next Sony launches PlayStation TV in the US and Europe