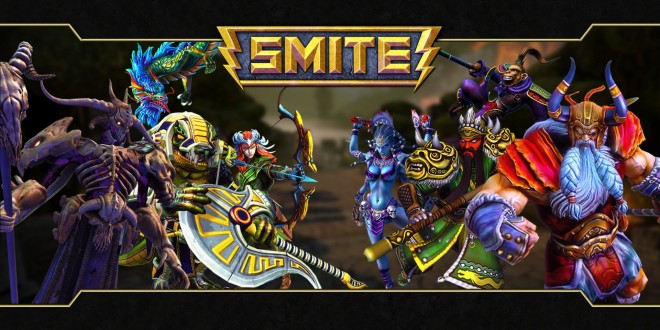 Smite is coming to the Xbox One soon

Smite is a multiplayer online battle arena game in third person, developed and published by Hi-rez Studios for Microsoft Windows. The game allows players to assume the mantle of different gods from six different mythologies: Greek, Roman, Egyptian, Chinese, Mayan and Norse, and battle against each other in a dynamic, action-oriented environment. Smite has been released in march 25 this year and it features 56 different gods and six game modes so far, each different than the others thus appealing to a much wider audience. There have been a lot of rumors concerning the direction in which the game will be headed but only today were they given response.

Today, at Gamescom 2014, High-res Studios announced that Smite will be debuting on Xbox One next year. Todd Harris, Chief Operating Officer of Hi-res Studios explained: ”SMITE’s high-action gameplay makes it unique among leading MOBAs in that it is incredibly fun and engaging to play on a console controller”.  That being said, Smite’s  approach to combat and third person view, makes the use of controllers more easy to adapt to consoles than any MOBA up-to-date. It is no surprise that Smite will be featured on Xbox One, as the console belongs to Microsoft, thus it cannot be said if a Playstation version will be available anytime soon.  The development team confirmed that PC servers and console servers will be separate since PC gamers will obviously have an advantage over the Xbox ones.

Aside from the great news brought to Xbox users, last week it’s been announced that Zeus, the God of the Sky and Nuwa, the guardian of Heaven, will get a complete revision, meaning new model and abilities overhaul and making them on-par with the newer heroes released earlier this year.