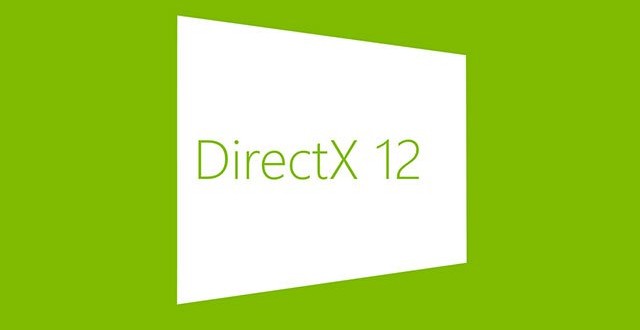 DirectX 12 will greatly enhance tablet gaming as demonstrated by Intel

Microsoft’s newest collection of application programming interfaces (APIs) will come with a host of features that will greatly improve both PC and Xbox One gaming. But what about other devices? Well, it seems that DirectX 12 will be even more effective at improving the performance of thermally constrained devices such as tablets. Intel proved this by doing a demonstration this week as Siggraph 2014. The demo featured a Microsoft Surface Pro 3 tablet powered by an Intel Hashwell processor, and the task was to render a scene with 50.000 fully dynamic and unique asteroids. The application used for this task was able to switch between DirectX 11 and DirectX 12 with the push of a button.

The results were pretty interesting as the Surface Pro 3 only managed 19 FPS when running DirectX 11 while on DirectX 12 the tablet achieved 33 FPS. This is a performance increase of about 70% which is very impressive. Usually a game running at 19 FPS is considered unplayable while 33 FPS is considered smooth. By comparison, games on the Xbox 360 and PS3 are locked at 30 frames per second. To make a long story short, DirectX 12 opens a lot of new possibilities for tablets as they will be able to run more taxing games while using the API. Mobile gaming has definitely been on the rise lately and this seems to be the next big step. Intel said that the demonstration will be released to the public as soon as Microsoft releases DirectX 12, but didn’t give any further details on when this could happen. The only thing we know for certain is that it wont arrive this year, but anything beyond that is still a mystery.

As mentioned before, the API will also improve Xbox One gaming and will allow developers to create “richer with more objects”. DirectX 12 will also include features that allow for better rendering and collision detection.

I’m Load The Game’s co-founder and community manager, and whenever I’m not answering questions on social media platforms, I spend my time digging up the latest news and rumors and writing them up. That’s not to say I’m all work and no fun, not at all. If my spare time allows it, I like to engage in some good old fashioned online carnage. If it’s an MMO with swords and lots of PvP, I’m most likely in it. Oh, and if you’re looking to pick a fight in Tekken or Mortal Kombat, I’ll be more than happy to assist! Connect with me by email markjudge (@) loadthegame.com only
@@MarkJudgeLTG
Previous Moto X+1 and Moto 360 likely to be unveiled on September 4th
Next Warlords of Draenor release date and cinematic revealed