Breaking News
Home » NEWS » Xbox One vs PS4: Microsoft doesn’t intend to throw in the towel just yet 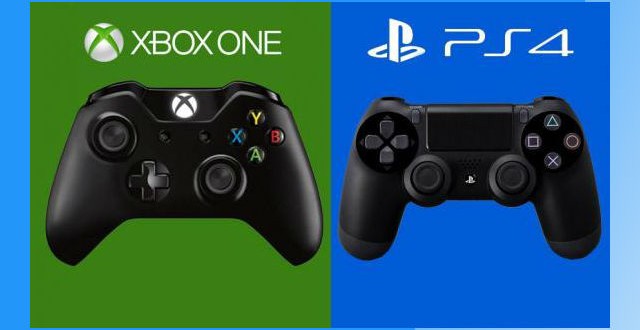 Xbox One vs PS4: Microsoft doesn’t intend to throw in the towel just yet

The latest console wars results show that Xbox One is taking quite a beating from the PS4 and have been doing so almost since the whole thing started. But Microsoft isn’t ready to call it a day just yet, and not only that, they actually plan on winning. Granted, this is quite a difficult task however Phil Spencer is confident that they can pull it off in the end. Microsoft’s head of Xbox acknowledges the fact that the Xbox One is currently “the underdog” against the PS4, but he also believes that this race is far from over.

“At some level, it is a competition, and I’ve said before I want to win,” Spencer stated in a recent interview with Game Informer. “At the same time, I want to build a great platform for gamers. If somebody else does that too, and they do really well? Hats off to them, but I can have success in our own space if we’re selling a lot of consoles and people are buying games.” As a PS4 owner himself, Spencer doesn’t want to see the console just outright disappear as that would be detrimental for the industry as a whole. Instead, his plan is a very simple one: keep selling more and more Xbox Ones until Microsoft sells more consoles than Sony. This would be a very good plan if not for the fact that Sony also wants to win and is currently doing a better job.

“We shipped at the same time and we’re in direct competition with the PS4,” he said. “I’m not going to duck that. I want to win. I want to win this generation, but I want to win more than I want the other guy to lose. I own a PS4, and it’s not like I want it to get dusty or not have games. But I do want to sell a lot of Xbox Ones, and for many people that’s a direct competition with the PS4. As the Xbox team, we are the underdog.” He is pretty confident that the true console wars are only just beginning, with the next few months being more important than the last in the grand scheme of things. “They beat us in June. They beat us in May. These months are small if you look at the sales,” Spencer explains. “I think the whole month of June is about one week in November. They’re winning, and they’ll do their PR around it, and that makes sense. The battle is really September, October, November, and December.”

EA said earlier this year that it expects a great PS4 vs Xbox One fight this Holiday and apparently Spencer is also of the opinion. Microsoft may be losing some battles, but can it win the war? We’ll just have to wait and see.

I’m Load The Game’s co-founder and community manager, and whenever I’m not answering questions on social media platforms, I spend my time digging up the latest news and rumors and writing them up. That’s not to say I’m all work and no fun, not at all. If my spare time allows it, I like to engage in some good old fashioned online carnage. If it’s an MMO with swords and lots of PvP, I’m most likely in it. Oh, and if you’re looking to pick a fight in Tekken or Mortal Kombat, I’ll be more than happy to assist! Connect with me by email markjudge (@) loadthegame.com only
@@MarkJudgeLTG
Previous Guild Wars 2 will get a second Feature pack update
Next Dead Space 4 likely to be the first next-gen entry in the series