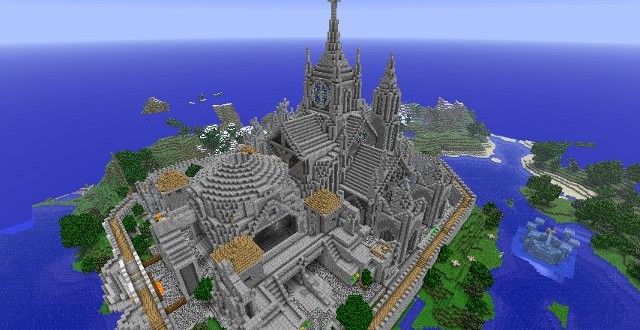 Minecraft PS4 has been delayed, unlikely to release this month

Gamers who were eagerly anticipating the PS4 release of Minecraft will have to wait a little while longer according to 4J Studios. The developer said on Twitter that Sony had encountered some technical issues while testing the final build, which means that the release date might be pushed back. “Sony found some issues we have to fix in their final test of #MinecraftPS4 🙁 We’re fixing, but we need to go through the process again,” 4J said. The studio didn’t reveal any additional details, but it is assumed that this is an error on Sony’s part seeing as how 4J didn’t encounter any problems with the Xbox One version of Minecraft. Still, Phil Spencer said earlier that he is checking their version anyway just to be on the safe side. “I’m checking on this now,” he said.

Although not officially announced, the Xbox One, PS4, and PS Vita versions of Minecraft were believed to arrive sometime this month. These technical difficulties are almost certain to delay the PS4 version at least until September, but we don’t know if the Xbox One and PS Vita versions will also have to be delayed because of that. 4J Studios hasn’t revealed if they made an agreement with Sony and Microsoft to release all three versions at the same time. At any rate, the developer still hasn’t announced a release date for any version and there’s less than two weeks until the end of the month so we assume that Minecraft might end up being pushed until next month for all platforms.

Minecraft has been doing very well on last gen consoles and sold almost 54 million copies by the end of June, greatly surpassing the PC version. We’ll let you know as soon as we learn something about a release for the PS4 and Xbox One versions so stay tuned.

I’m Load The Game’s co-founder and community manager, and whenever I’m not answering questions on social media platforms, I spend my time digging up the latest news and rumors and writing them up. That’s not to say I’m all work and no fun, not at all. If my spare time allows it, I like to engage in some good old fashioned online carnage. If it’s an MMO with swords and lots of PvP, I’m most likely in it. Oh, and if you’re looking to pick a fight in Tekken or Mortal Kombat, I’ll be more than happy to assist! Connect with me by email markjudge (@) loadthegame.com only
@@MarkJudgeLTG
Previous iPhone 6 vs Samsung Galaxy S6 – The next generation
Next Robin Williams will be a badass genie in World of Warcraft: Warlords of Draenor