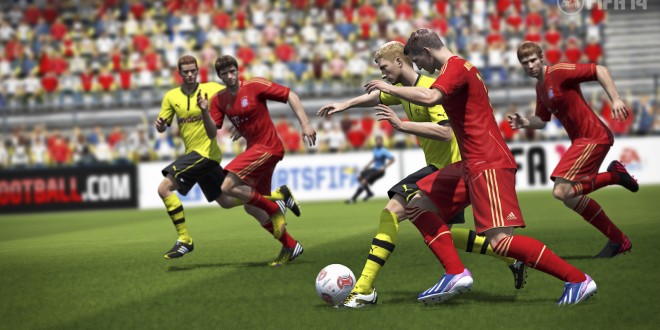 EA wants to get rid of “Fifa Ultimate Team” cheaters

EA is taking action against FIFA cheaters. The company warns players who buy or sell coins in the Fifa Ultimate Team mode that they risk losing their accounts.

With less than a month until the release of Fifa 15, Electronic Arts is ‘cleaning up’ the previous soccer game’s Ultimate Team mode. According to the company, a lot of players try to cheat by using certain tools called “bots”, which are able to make higher numbers of Transfer Market searches than human players. Furthermore, the so-called bots can bid at rates that guarantee their victory over anyone else. These tools can also farm for coins that the cheater will then sell online for real money. EA states that these kinds of practices have a negative impact over the Fifa community and over the fair players’ experience.

The company announced that those caught buying or selling coins will be punished accordingly. Buying and promoting can get you a warning email and in-game message at the first offence, followed by a FUT Club reset and Fifa Points returned in case of a second offence. Should the same player commit a third offence, he/she will receive a permanent Fifa online ban. Coin selling and farming is more severely punished, those caught receiving a permanent online ban for all EA Games after the first offence.

Electronic Arts warns players that buying coins diminishes the enjoyment of Fifa Ultimate Team for all the players because it creates an unfair advantage and thus impacts the balance of the game. The company stresses that they are not affiliated with any coin sellers and they can’t take responsibility for gamers’ personal information being compromised as a result of such a transaction.

Furthermore, EA announces that, while they are working to improve Fifa 14 Ultimate Team, they are also making security and Transfer Market health a top priority for Fifa 15. Some of the features announced for the new game include a permanent Fifa online ban for those who are cheating in Pro Clubs or in the Fifa Interactive World Cup.

I'm a journalism graduate and an occasional gamer. As a kid I used to own a NES clone called "Terminator 2", which was hugely popular in my country. I like old school games and adventure games but I occasionaly play RPG's and Shooters as well, though I wouldn't call myself an expert at these kinds of games. When I'm not writing or playing games I prefer reading detective or fantasy novels.
Previous Minecon will not take place this year, says Mojang COO.
Next PlayStation Network recovers from DDoS attack and is now back online