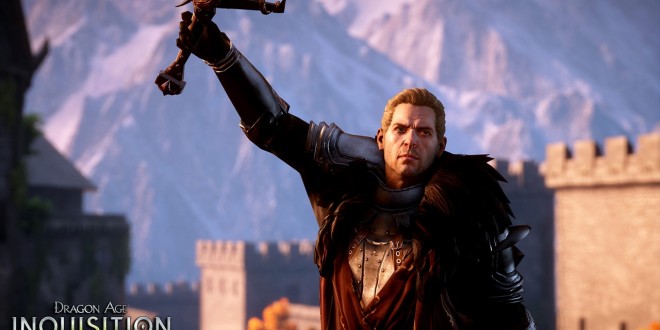 Dragon Age: Inquisition will feature cooperative multiplayer for the first time in the series, according to EA Games.

According to the developer, Bioware, the co-op multiplayer will feature action-packed four player quests, separate from the single player. open world story. Players will be able to collect loot, salvage items, craft new weapons and armor and unlock new characters. When the game is launched, players will be able to unlock up to 12 characters from the three classes available in the game: Warrior, Rogue and Mage. Dragon Age: Inquisition multiplayer also includes fast-paced matches, which require strategic team gameplay.

The Dragon Age: Inqusition developers state that the single player and multiplayer campaigns are different from each other. This means that playing the Dragon Age multiplayer will not affect your single player campaign. The developer states that there is no connection between the items you get in the single player and those in the multiplayer campaign. Furthermore, the developer states that, for Multiplayer, gamers will be able to buy anything with gold coins, which are the in-game currency. Players can use premium currency if they want to, but they are not obligated to do so. EA adds that they have decided to add a Multiplayer mode to Dragon Age: Inquisition, for the first time in the series, because they wanted to give fans the opportunity to play with their friends. The multiplayer for Dragon Age: Inquisition was created following the success of the same feature in Mass Effect 3. More to the point, several designers, programmers, artists, audio, QA and production people that have previously worked on the Mass Effect 3 multiplayer were brought to work on the Dragon Age co-op.

I'm a journalism graduate and an occasional gamer. As a kid I used to own a NES clone called "Terminator 2", which was hugely popular in my country. I like old school games and adventure games but I occasionaly play RPG's and Shooters as well, though I wouldn't call myself an expert at these kinds of games. When I'm not writing or playing games I prefer reading detective or fantasy novels.
Previous GTA 5 PC, PS4, Xbox One provisional release date revealed
Next Destiny is now available for pre-order on Xbox One