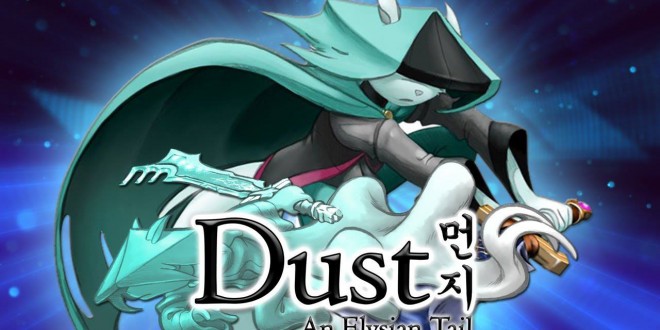 Dust: An Elysian Tail arrives on the PS4

Dust: An Elysian Tail, a 2D platformer that was originally released for the Xbox 360, will arrive on the Playstation 4.

A press release issued on the Playstation blog announces the release of “Dust: An Elysian Tail” on the PS 4 console. The game will feature hand-drawn graphics, but, according to the developers, it will run at 60fps on 1080p resolution. The developer made the announcement using the game’s co-protagonist, Fidget as the spokesperson. For those who don’t know, Fidget is a creature called Nimbat, who has a playful and lighthearted view of things. According to the Nimbat, Dust: An Elyisian Tail is going to be a 2D side-scrolling platformer with fast swordplay. The game will allow players to go through the main quest or to take up side quests. You can find power-ups, special abilities and hidden passages throughout the game. Of course, this isn’t revealing too much, which is probably what the developer intended in the first place. There is no release date for the game so far, Fidget stating that it will come out “really soon”.

The game was created by independent developer Dean Dodrill, who built the whole project mostly on his own. Dust: An Elysian Tail was originally released on the Xbox 360, through Xbox Live Arcade, in 2012. Shortly, Windows, MAC and Linux versions followed as well.

“Dust: An Elysian Tail” takes place in a fictional world called Falana. Players control the main character, Dust, as he tries to remember his past. Dust wields the Blade of Ahrah, and Fidget, the Nimbat I mentioned before, is the sword’s guardian and acts as a companion for the hero. Dust can acquire power-ups that affect gameplay. Such upgrades include the ability to double jump or climb to previously unreachable areas. The game also has RPG elements, such as experience points that the player gains by defeating enemies and that can be used to level up.

I'm a journalism graduate and an occasional gamer. As a kid I used to own a NES clone called "Terminator 2", which was hugely popular in my country. I like old school games and adventure games but I occasionaly play RPG's and Shooters as well, though I wouldn't call myself an expert at these kinds of games. When I'm not writing or playing games I prefer reading detective or fantasy novels.
Previous Nexus 9 leaked through Antutu
Next Impact X: the phone that can survive an explosion