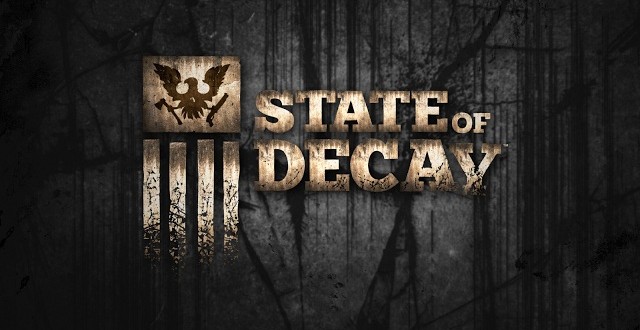 State of Decay coming to the Xbox One in Spring 2015

Undead Labs said earlier this year that State of Decay will not come to the Xbox One seeing as how the “platforms aren’t compatible” and all. But just a couple of weeks later the team appeared to have had a change of heart thanks to all the XB1 owners who were demanding to see the game on their console. However, Undead didn’t want to confirm anything and said that a port “would be a pretty big technical challenge.” The developer didn’t say much since then regarding the subject, but today Xbox Live’s Larry ‘Major Nelson‘ Hryb announced that State of Decay will indeed arrive to the Xbox One and he also managed to reveal that we should see it some time during Spring 2015.

Moreover, this will not be just any old version of the game, but the Year One Survival Edition. This version includes State of Decay as well as the Lifeline and Breakdown expansion packs. Not only that, but the game will also run in 1080p resolution and feature some new content that will be revealed as we approach the release date. We can also expect to see enhanced animations and enhanced effects that “really take advantage of the new hardware.” Finally, Undead Labs says that there will also be some new mission types, which means that those who have already played State of Decay will be able to experience something new when the game comes out on the Xbox One. That’s pretty much all we know at the moment, but we will be able to learn more about these new missions types further along the line according to the dev.

State of Decay is an open world survival horror game first released back in June 2013 for the Xbox 360 and November 2013 for the PC. We’ll let you know as soon as we learn anything new about the Xbox One version so stay tuned.

I’m Load The Game’s co-founder and community manager, and whenever I’m not answering questions on social media platforms, I spend my time digging up the latest news and rumors and writing them up. That’s not to say I’m all work and no fun, not at all. If my spare time allows it, I like to engage in some good old fashioned online carnage. If it’s an MMO with swords and lots of PvP, I’m most likely in it. Oh, and if you’re looking to pick a fight in Tekken or Mortal Kombat, I’ll be more than happy to assist! Connect with me by email markjudge (@) loadthegame.com only
@@MarkJudgeLTG
Previous Bayonetta 2 release date announced, retail version includes the original game
Next Microsoft announced the free Games with Gold for September